After a tumultuous week that saw Kanye West sounding off on Donald Trump, Jay Z, Beyonce, cutting a show short after two songs, and canceling another show, many people speculated that this was an indication that the tour would be coming to an end. On Monday morning, those thoughts were confirmed. Live Nation announced that the remaining stops on the tour would be cancelled, and that people who bought tickets would be receiving refunds. But just how much money is Ye losing out on by nixing the remaining shows on the tour?

There were 21 remaining shows on the Saint Pablo tour, and Kanye West was grossing an average of $1.5 million per stop from ticket sales alone. Major acts like West also receive large multimillion dollar advances and nightly guarantees from things like merchandise and food sales. When it's all said and done, canceling the tour means Kanye will be forfeiting as much as $30 million. 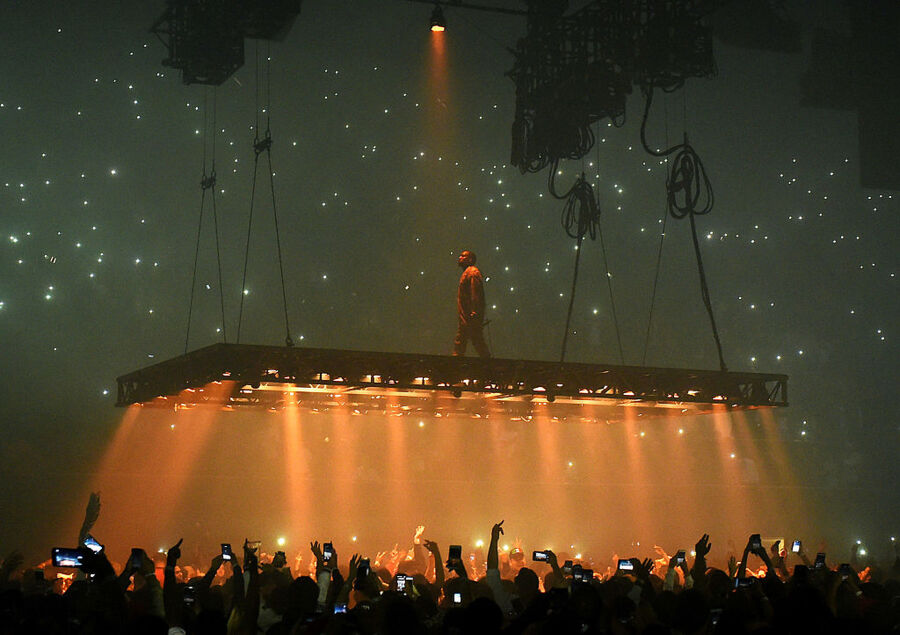 Kanye's merchandise was wildly popular for the fact that each city had its own unique apparel. Kanye also set a Madison Square Garden record for merchandise sales during his tour stop in early September.

Kanye may end up losing even more money if he himself has to foot the bill of refunding tickets to fans, though it isn't yet clear if he has to do that, yet. If the parties involved have insurance policies, termination provisions may dictate who has to refund the disappointed ticket holders. The termination provisions have many caveats that can help decide who ultimately has to foot the bill of refunding customers, including whether the cancellation happened with or without cause, and which party cancels.

It should be noted that Kanye West was admitted to a Los Angeles hospital on Monday for what his mother-in-law Kris Jenner said was exhaustion. "He's exhausted. He's really tired… He's had a grueling tour and it's been a grind, so he just needs to rest," said Jenner.