In a surprise move that absolutely enraged Taylor Swift, it was just announced that Scooter Braun has acquired Big Machine Records for $300 million. The 38-year-old Braun, who is probably most famous for discovering a 12-year-old Justin Bieber on YouTube, is now sitting atop an entertainment conglomerate that includes divisions in television, film, technology and, obviously, music. The transaction occurred through Braun's investment vehicle Ithaca Holdings, LLC, thanks to a cash injection from private equity firm Carlyle Group.

Big Machine was founded in 2005 by Scott Borchetta. Scott struck gold when he discovered a 15-year-old Taylor Swift performing at a Nashville cafe. Though Taylor left Big Machine in 2018 for a long-term deal with Universal's Republic Records, the label still represents Sheryl Crow, Lady Antebellum, Thomas Rhett, Florida Georgia Line and Rascal Flatts among many others. Perhaps most importantly, Big Machine owns the master recordings and rights to Taylor's first six albums… a point that has left Taylor feeling very burned by the deal. Taylor sold 40 million records while under Big Machine.

Borchetta will stay on after the deal as Big Machine's President and CEO. He will also join the Board of Directors of Ithaca Holdings, LLC. Big Machine generates around $100 million per year in revenue and $40 million in profit, so a $300 million sale represents 7.5X profit multiple.

Ithaca Holdings was founded in 2010 with $120 million in venture funds raised primarily from Uber and Spotify. To arrange the Big Machine acquisition, Ithaca took on a large second investment round with private equity firm Carlyle Group. The investment gave Ithaca an $800 million valuation. According to insiders who spoke to the Wall Street Journal, Braun still owns a majority of Ithaca. 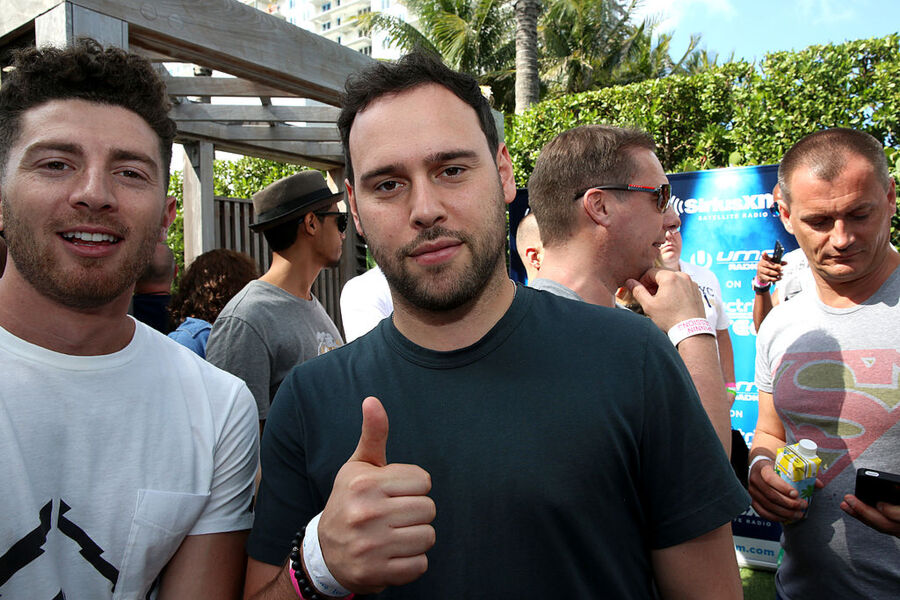 The one person who was extremely displeased to hear of Big Machine's sale to Scooter Braun was Taylor Swift. Through a Tumblr post Taylor said she was "sad and grossed out" by the deal. The post describes how she was not given a heads up about the sale and learned of it through the news. It also paints a portrait of Scooter as an incessant, manipulative bully. Taylor describes this deal as her "worst case scenario".

"When I left my masters in Scott's hands, I made peace with the fact that eventually he would sell them. Never in my worst nightmares did I imagine the buyer would be Scooter. Any time Scott Borchetta has heard the words 'Scooter Braun' escape my lips, it was when I was either crying or trying not to. He knew what he was doing; they both did. Controlling a woman who didn't want to be associated with them. In perpetuity. That means forever.

Thankfully, I am now signed to a label that believes I should own anything I create. Thankfully, I left my past in Scott's hands and not my future. And hopefully, young artists or kids with musical dreams will read this and learn about how to better protect themselves in a negotiation. You deserve to own the art you make."

Back in 2018 when she was negotiating a new long-term record deal, Taylor was reportedly offered a contract with Big Machine that would have allowed her to earn back her old records over time, one at a time. The major downside of this deal was that Taylor would stay with Big Machine Records and would still be beholden to Scott Borchetta's intentions to sell the company. This arrangement would have left Taylor as a pawn to be bought and sold like a horse in a stable. The deal she eventually signed with Republic Records allows her to own everything she creates going forward.

Update (a day later): Scooter's wife Yael took to Instagram this morning to defend her husband. She also disputed Taylor's claim that she wasn't given a heads up about the sale and that she was actually given the opportunity to buy her albums but did not make an offer. Justin Bieber also took to Instagram to apologize for past actions that may have been bullying and to also defend Scooter.