Fans of Complex's 'Everyday Struggle' were disappointed after it came out in December that Joe Budden would no longer be on the show. But Budden, instead of using his departure as an opportunity to take a break from the spotlight, decided to team up with Charlamagne Tha God for an end-of-year special entitled 'This Year Was Dope/Trash' on Revolt TV, which is owned by Diddy. Now, it's clear that the special may have just been a precursor to bigger things between Joe and Revolt.

During a New Year's Eve party held by Diddy, Joe Budden and Diddy himself hinted that the former 'Everyday Struggle' star would be partnering with Revolt TV. In a video clip posted to Revolt TV's Instagram page, Budden starts out by telling Diddy about his past year. "I got a brand new baby, her eyes, I'm blessed, but the baby looks like me, he's healthy, eight pounds, eats a lot, he's not a crier, he sleeps. This year has been the best year of my life," said the 37-year-old rapper. 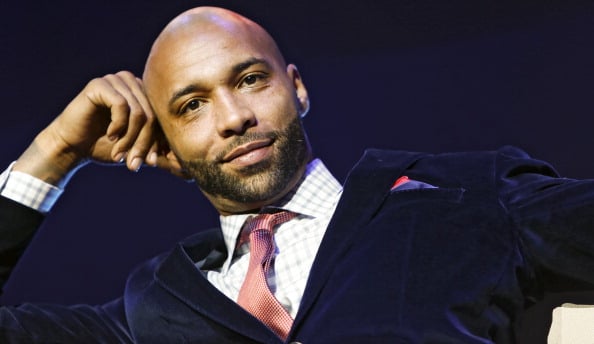 Diddy then interjected and said, "Are you ready to get money with me? Are you ready to put this black excellence on a whole other platform?" Diddy followed up by asking the "Pump It Up" rapper about his relationship with Migos "cause they got the culture right now." Budden answered, "I love them," and wished "Lord Quavius" a happy new year.

Details of the deal have yet to be revealed, but rumors of a $5 million deal with Revolt TV swirled around last week. Congratulations to Joe Budden on this major move.