Jerry Garcia's Legendary Guitar Is Expected To Sell For $1M

Deadheads, listen up: Jerry Garcia's legendary, custom-made guitar, dubbed 'Wolf,' is set to be auctioned off at the end of the month. The Grateful Dead frontman's guitar, which was customized by luthier Doug Irwin, will be offered by Guernsey's for a second time on May 31 at New York's Brooklyn Bowl.

Nearly seven years after Garcia's passing, Wolf was sold in a 2002 Guernsey's auction at Studio 54 for $789,500 – more than doubling the world record at the time for any guitar ever sold – to Daniel Pritzker, a philanthropist, musician and film director. This time around, and more than a decade later, the guitar's sale is expected to exceed $1 million. Proceeds from the 2017 sale will go to the Alabama-based, non-profit organization Southern Poverty Law Center, which aims to eliminate hate, intolerance and discrimination through education and litigation. 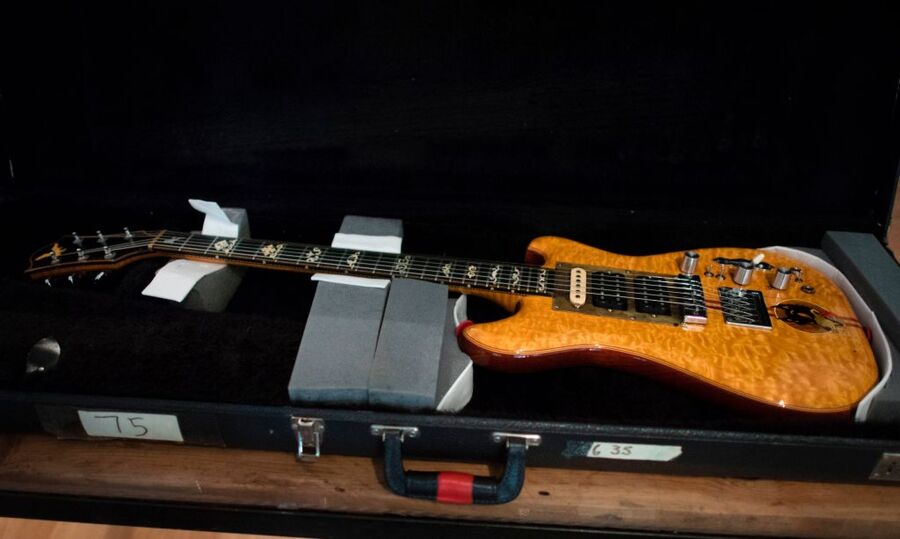 Wolf made its first appearance in a 1973 New York City performance the Grateful Dead gave for the Hells Angels. From there, Wolf appeared everywhere from San Francisco's Winterland Ballroom to New York City's Palladium and Egypt's Great Pyramids. The Grateful Dead Movie, a 1977 film directed by Garcia, also features the guitar extensively.