It seems that we're talking about lawsuits in music almost every single day here. The fact of the matter, is that people are always looking to make a buck, whether or not the lawsuit is legitimate. The lawsuit, we're going to be talking about today, though, involves two of the biggest names in hip-hop, and a song that was released over 15 years ago.

"Big Pimpin'" remains one of Jay Z's most popular songs to this day. The song was on Hov's Vol. 3 Life and Times of S. Carter album, and was released as a single in the year 2000. The song featured Texas-bred duo UGK and was produced by legendary super producer Timbaland. Perhaps what made the song most memorable, is the famous flute loop that plays throughout the song. That flute loop though, has Jay Z and Timbaland in some hot water. 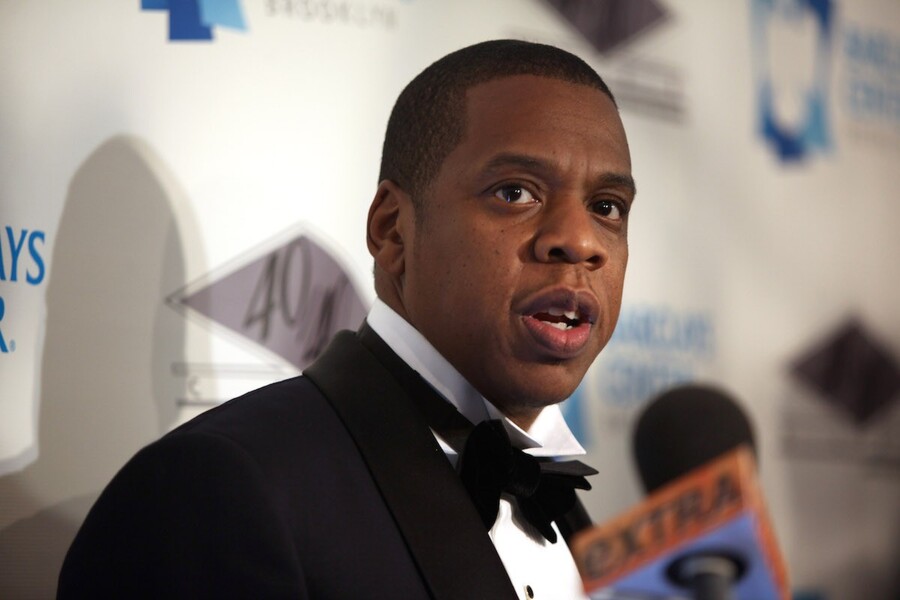 Jay Z and Timbaland will have to appear in court to testify about the use of that flute loop, which is actually a sample from a song named "Khosara, Khosara," created by Egyptian composer Baligh Hamdi. Though Hamdi died in 1993, his nephew, named Osama Fahmy, filed the lawsuit against Hov and Timbo back in 2007. The trial will begin on October 13.

What makes the lawsuit interesting, is the fact that this is an issue that Jay Z and Timbaland likely thought was over already. When Timbaland first found the sample, he thought it was public domain, meaning that he could use the sample free of charge, without having to credit the original composer. When he learned that the song was not public domain, he paid $100,000 to music publishing company EMI, which claimed to own the rights to the sample, in an effort to end any further claims. The money was distributed to Hamdi's descendants.

You can hear the songs side by side in the video below. They are eerily similar:

Fahmy now wants more money though, because he says that the family was not aware of how important Hamdi's flute sample would be to "Big Pimpin.'" According to Famhy's lawyer, Keith Wesley, Fahmy "wasn't aware of the settlement agreement at the time," and that they are "seeking fair compensation." The case was filed in California federal court back in 2007, and is being filed against Jay Z, Timbaland, EMI and Universal Music, in addition to Paramount Pictures and MTV over movies and other specials that used Big Pimpin.'"

According to the defendants, Fahmy "gave up exclusive control of all rights in 'Khosara'" in the United States with an agreement made between Jay Z, Timbaland, and the Hamdi family back in 2002. Fahmy's lawyers, however, say that according to Egyptian law, the agreement doesn't take into account the way licensing contracts are administered as it pertains to moral rights. They also claim that the agreement did not accurately convey "expressly and in detail" all of the ways the "Khosara, Khosara," would be used and when the song would be played. Fahmy's lawyers also say that the agreement did not allow for "Khosara, Khosara" to be altered at all.

The defense says that Fahmy has been "complaining… that under Egyptian law, authors and their heirs can always refuse to permit use of a composition in manners deemed to be 'objectionable,' regardless of whether they previously gave up all of their economic rights." The defense also states that U.S. courts do not have to acknowledge Egyptian law as it pertains to cases in the States.

Fahmy's lawyers are bringing out the big guns for this case. They are calling the musicologist who was a star witness that testified on behalf of Marvin Gaye's family in the now infamous "Blurred Lines" case, testimony that helped the family win a roughly $7 million settlement. They are also calling on a "marketing expert," who has allegedly polled 400 people who bought Jay Z concert tickets. According to the poll, eighty percent of the people hoped they would see Jay Z perform "Big Pimpin.'" The defense hopes this point will prove that Hamdi's composition plays an integral part in the song, and deserves more money as a result. The defense's claims that the survey's relevance is "beyond speculative – it's farcical."

When looking at the case on the surface, it doesn't seem likely that a judge would rule in Fahmy's favor. But crazier things have happened. We'll keep you updated on the case as it evolves.