Earlier today it was announced that English singer/songwriter Rod Temperton had died at the age of 66 after a brief battle with cancer. You may not know Rod by name, but I am absolutely 100% certain you have heard the music he created. Rod was the songwriter behind dozens of extremely popular songs. He wrote for artists such as James Ingram, Patti Austin, George Benson… and a guy named Michael Jackson. In fact, Rod wrote what is arguably the most popular song of all time.

Rod Temperton was born on October 9, 1950 in Cleethorpes, Lincolnshire, England. He began playing music when he was very young. He actually developed his passion for music because his dad was not a fan of telling bedtime stories. Instead, his father would prop a radio up next to his childhood bed and let the young Rod fall asleep listening to music. While in middle school and high school, Rod was in several bands. He played the drums during this part of his life. 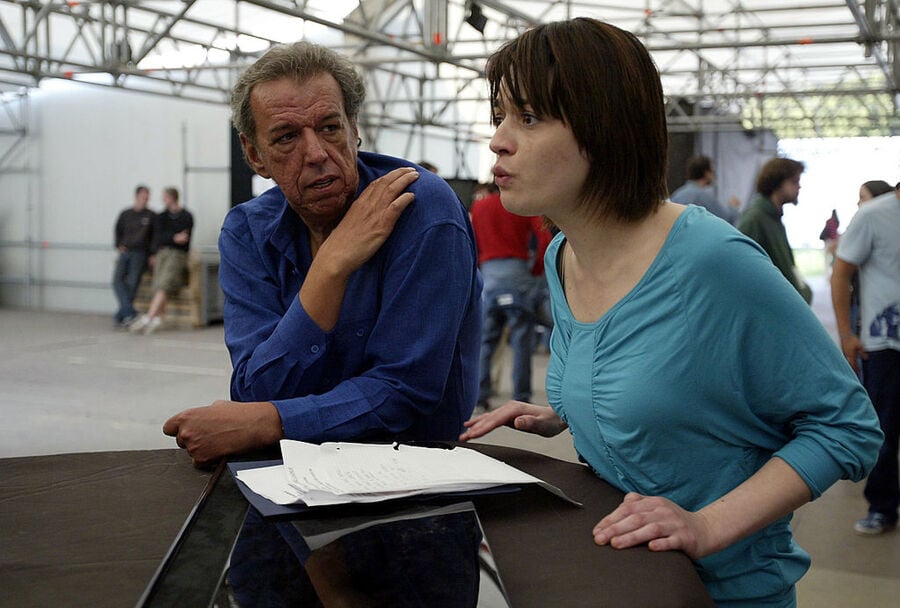 After leaving school, he briefly worked at a frozen food company, but music's siren call was irresistible and he soon found himself seeking full-time work as a musician. At this point in his life, he had switched over to the keyboards from the drums. Rod formed several local soul bands and eventually became a member of the funk/disco group Heatwave. At the time, Heatwave was primarily playing cover songs and was looking to have original hits of their own. So Temperton went to work.

Rod would go on to write some of Heatwave's biggest hits, including "Boogie Nights" and "Always and Forever". Both songs were smash hits and sold millions of copies.

In 1978, Rod decided to leave Heatwave to focus full-time on songwriting. This would prove to be an extremely wise decision.

One of Rod's biggest fans was a young sound engineer named Bruce Swedien. Bruce played Rod's songs for a producer he knew named Quincy Jones. Quincy was instantly blown away. In 1979, Quincy convinced Rod to write songs for a young artist working to revive his career. That young artist was Michael Jackson.

Rod wrote three songs for Michael's album "Off The Wall", including the smash hit "Rock With You" which was the album's second #1 single. This album would go on to sell 20 million copies and completely revitalized Michael's career as a popstar.

After the success of "Off The Wall", Quincy convinced Rod to move to Beverly Hills to immediately begin working on Michael's follow-up album.

For this next album, Quincy and Rod worked very closely together composing and crafting various songs. Rod wrote over 300 potential songs for the album. Three of those 300 made the final cut. The three songs were "Baby Be Mine", "The Lady in My Life" and……. "Thriller".

According to legend, Rod wrote the music and lyrics to Thriller while sitting in the back of a cab on the way to the studio.

As we all know now, "Thriller" would also be used as the title of the album and today "Thriller" is the best-selling album of all time with sales estimated at 65-100 million copies worldwide. Oh and btw, Rod was originally wanted to call the song "Midnight Man", here's how he came up with the name Thriller:

"I went back to the hotel, wrote two or three hundred titles and came up with Midnight Man. The next morning I woke up and I just said this word. Something in my head just said, 'This is the title'. You could visualize it at the top of the Billboard charts. You could see the merchandising for this one word, how it jumped off the page as 'Thriller'."

After his Thriller success, Temperton largely retreated from the public eye. He shunned the media spotlight and was rarely seen in public. He won a Grammy for his work on a Quincy Jones album and was nominated for two Oscars for his work on the soundtrack for the movie "The Color Purple".

He gave one documentary interview in 2006, but otherwise kept himself fairly reclusive. Privacy was easy to achieve thanks to the financial success brought on by Thriller. Overnight Rod became insanely wealthy and he would go on to buy lavish properties all over the world. Rod is known to have mansions in France, London, Los Angeles, Fiji and more.

So how rich does someone become after writing the most popular song of all time? Well, at the time of his death, Rod Temperton had a net worth of $125 million. And the majority of that fortune was earned off Thriller alone. Talk about a home run.

His name may not have been widely known, and maybe that's how Rod wanted it, but there's no question that Rod Temperton was a legend in the music business. Rest in peace.