Young Jeezy is one of the preeminent rappers in the game, and is arguably one of the best rappers to ever come out of the South. The 37-year-old rapper has sold millions of records, has had six No. 1 albums on the Top R&B/Hip-Hop charts, and has been nominated for four Grammy awards, among countless other accomplishments in his illustrious career. But one of his most impressive accomplishments has to be what he did to get over almost $2 MILLION dollars in cash on the cover of his major label debut ten years ago.

Jeezy's major label debut, Let's Get It: Thug Motivation 101 is celebrating its ten year anniversary this year. The album is widely considered to be one of the best hip-hop albums of the 2000s, and is looked at by some as a turning point in Atlanta's music scene. While the early 2000s were filled with club-friendly, "snap music" acts such as Dem Franchize Boyz, D4L, and Yung Joc, TM 101 helped usher in and popularize "trap music," a hip-hop subgenre characterized by hard-hitting, bass-heavy production, paired with bleak stories about the struggle of growing up in the hood. Jeezy's debut provided hits such as "Soul Survivor," "And Then What," and "Go Crazy," and was certified Platinum by the RIAA. The classic album cover features Jeezy sitting in a room in front of boxes of money. But did you know that all of that money is actually real? That brings us to the story of how those boxes of money got there in the first place. 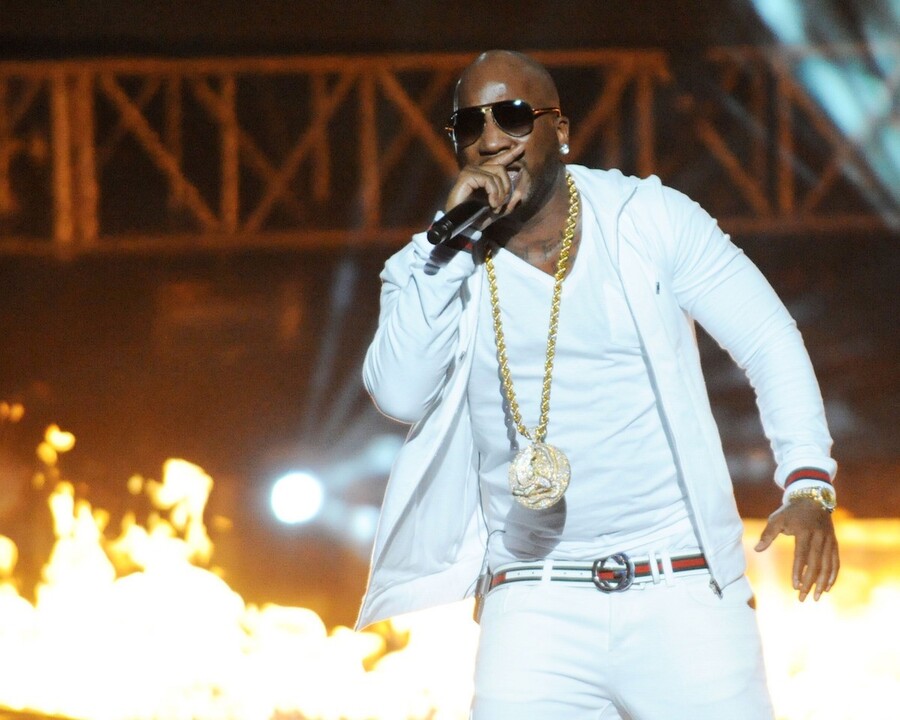 According to Jeezy, when he was at the photoshoot for the album cover, he saw boxes of fake money, which were provided by the record label, and which he was supposed to sit in front of for the cover. This didn't sit well with him. Said Jeezy to the art director for the album cover after seeing the boxes of fake money: "I'm like … hold up man. I can't get down like that … We gotta put some real money in the boxes man. I can't be sitting here with no fake money in my boxes for my album cover." The people from Def Jam who were at the photoshoot asked him: "Well, where are you going to get the real money from?" That's when Jeezy made a phone call to one of his homies.

Twenty minutes later, his homies come through with "three, four duffle bags" filled with money to put in the boxes. The total amount Jeezy's boys brought? Roughly $1.8 MILLION in cash. According to Jeezy, the amount his boys brought actually wasn't quite enough to fill up all of the boxes, so he casually had one of his boys go to the trunk of his car to get the rest of the cash.

Totally epic story behind the cover of one of the best hip-hop albums of this millennium.