Despite not releasing a record for eight years – and prior to 2008's Chinese Democracy, a GnR album hadn't come out since 1993 – the band still has the popularity to draw big crowds.

Add in a couple of April shows earlier this year, plus appearances at Coachella Music Festival and two shows at the Foro Sol in Mexico, and GnR has made more than $132 million this year. They're also scheduled to play 11 shows in Latin America this fall, and have Asian and Australian dates lined up for early next year. When all is said and done, this tour could bring in more than $200 million.

This is the first time Guns N' Roses members Axl Rose, Slash and Duff McKagan have appeared onstage together since 1993. To see hits like "Sweet Child O' Mine," "Paradise City," and "Welcome to the Jungle," fans shelled out as much as $280 per ticket. 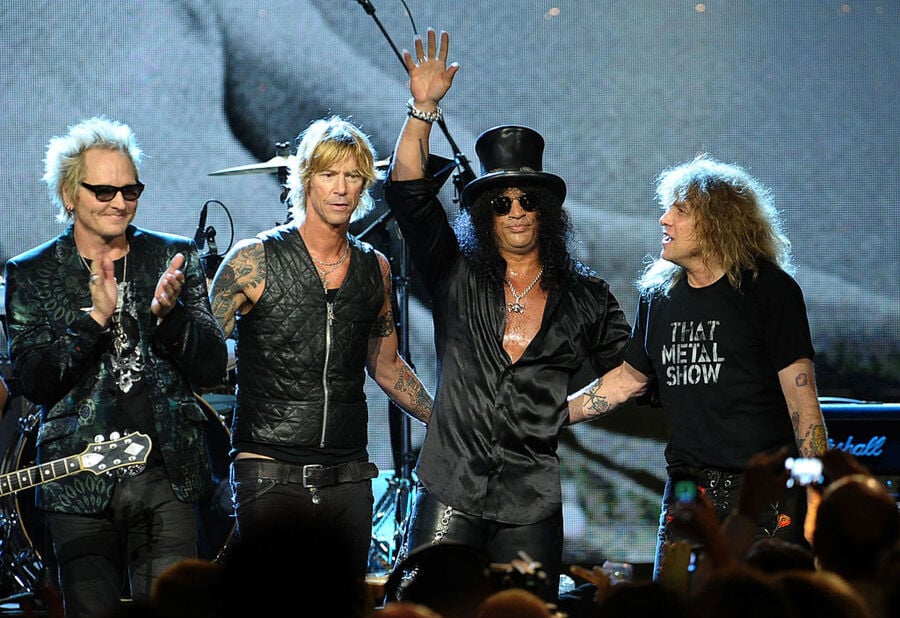 Granted, not all that money goes directly to the band's members. There are obviously crew members to pay, but the production costs alone have been rumored to cost around half a million dollars per show. However, these numbers above account for ticket sales only; the amount of merchandise sold at each venue likely takes care of the production costs, and then some.

One band member who will not be getting any of that money is former guitarist and co-founder Izzy Stradlin. He elected not to participate in the reunion, tweeting that the band "didn't want to split the loot equally." While it's unconfirmed how much per show Guns N' Roses offered Stradlin, hopefully he's not regretting his decision after seeing these earnings.

The band was inducted into the Rock & Roll Hall of Fame in 2012. The classic lineup – Rose, Slash, McKagan, Stradlin and Steven Adler – as well as newer members Dizzy Adler and Matt Sorum are forever immortalized in the Hall, with the message, "Mainstream hard rock wasn't the same after the members of Guns N' Roses sank their teeth into it."

ThePRP has laid out the numbers from each show – just take a look at the cities that hosted more than one performance to get an idea of some of the ridiculous draws the band had: