If you didn't already know, 2015 is the year of Fetty Wap. The 24-year-old Paterson, New Jersey native's meteoric rise to music superstardom took almost everyone by surprise, especially those who initially believed that he was a one-hit wonder after his smash hit "Trap Queen" set the airwaves on fire. He proceeded to respond to the naysayers by churning out hit after hit, including tracks such as "My Way," (which proceeded to be remixed by Drake), "679," and "Again," which eventually helped him set records on the charts. And now that the first-week sales figures of his self-titled are out, Fetty adds yet another impressive accomplishment to the list.

Fetty Wap's self-titled debut took the No. 1 spot on the charts this week, selling 75,000 physical albums, and selling a total of 129,000 total units when taking into account track equivalent albums (TEA) and streaming equivalent albums (SEA). The strong SEA and TEA numbers can be attributed to the fact that Fetty's singles have performed extremely well on the charts.

In addition to the major accomplishment of having a No. 1 album, Fetty Wap also added another accomplishment to the list in the process. With his album taking the No. 1 spot on the charts this week, he becomes the first hip-hop artist in over two years to have their debut studio effort hit the top spot. The last artist to do so was A$AP Rocky in 2012, when his debut album Long.Live.A$AP took the top spot with 138,000 copies sold in its first week. 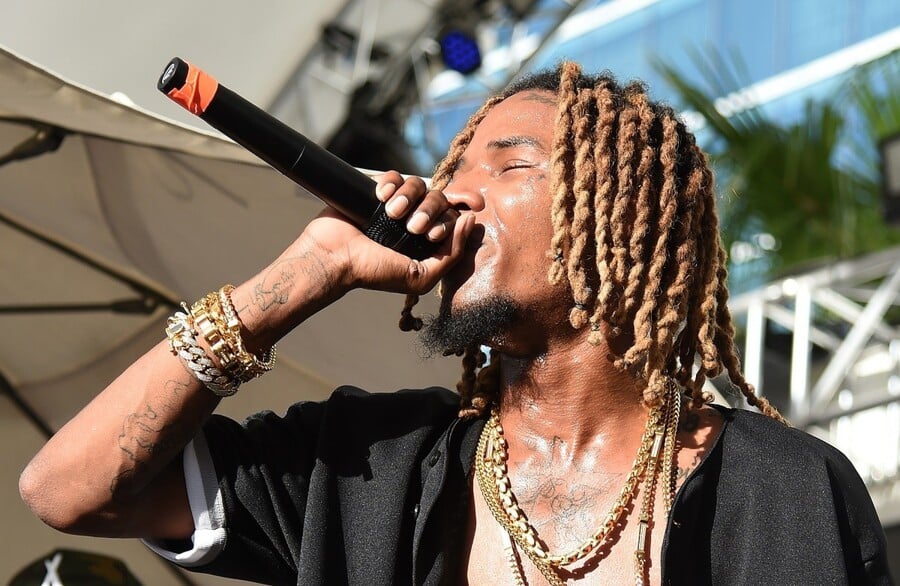 Fetty is no stranger to success. Earlier this year, he became the first artist in history to have his first four songs chart in the Top 10 of the "Hot Rap Songs" charts simultaneously, with his singles "Trap Queen" (No. 2), "My Way" featuring Monty (No. 3), "679" featuring Remy Boyz (No. 5), and "Again" (No. 8) all charting in the Top 10.

Fetty Wap's debut replaces Drake and Future's What A Time To Be Alive as the top album on the charts, which sold 107,000 copies this week; accounting for a 72 percent decrease in album sales. Congrats to Fetty Wap for his major accomplishment.