Eminem, with over 170 million albums sold worldwide, is the best selling rapper of all time, and is widely considered to be one of the greatest rappers of all time. While the Detroit native could have just rested on his laurels and lived off the money made off of album sales, Em has shown that he has an entrepreneurial spirit. Last year, he, along with Nas and Pharrell, invested in Genius (formerly known as Rap Genius), a song lyric annotation website, and now the 43-year-old is investing in yet another website.

StockX, a website which refers to itself as "the world's first online consumer 'stock market of things,'" announced last week that Eminem and his manager, Paul Rosenberg, will be investing in the company's online trading platform. While the site refers to itself as the "stock market of things," the site currently focuses on sneakers. The website is a live 'bid/ask' marketplace that lets buyers place bids, sellers to put a price on their sneakers, and allows a trade to go through when the seller's asking price matches a buyer's asking price. The website only allows sneakers that are in deadstock, unworn condition to be put up for sale on the site. StockX also assures the authenticity of every sneaker involved in a trade, utilizing a proprietary process to verify the authenticity the sneaker before it is sent out to the buyer. 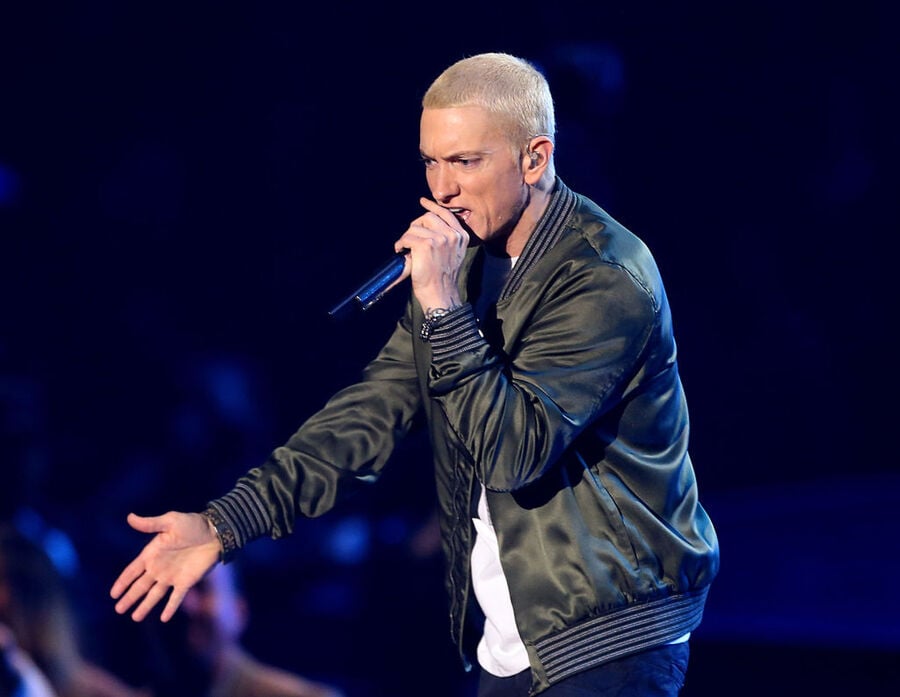 "Sneakers have always been a huge interest of mine, for at least as long as I've been rapping, and I'm proud of the fact that I've had so many collaborations with Nike and Jordan Brand," said Mathers. "I really like the fact that sneakers are a big part of what StockX is doing. When I found out that they happen to be doing it from downtown Detroit, it made even more sense to get involved."

In addition to allowing people to sell and purchase sneakers on the site, StockX also provides historical price and volume metrics, and analytics on countless amounts of sneakers, which allows users to track the value of their personal collections.

In celebration of the announcement of Eminem's investment into the company, StockX is giving away the highly coveted Air Jordan 4 'Eminem Carhartt' sneaker, which has sold for up to $30,000. Every person involved in a trade on StockX and/or refers a new user to StockX from now until June 23 will be entered into the contest.