With over 75 million active users, 20 million worldwide subscribers, and 30 million tracks available for streaming, Spotify is one of the largest and most popular music streaming services in the world. With so many different genre, artist, and song options for users to choose from, one would think that it would be extremely difficult for a song to reach half a billion plays. But earlier this week, Spotify announced that there is a song that reached that amazing milestone.

Earlier this week, Spotify announced that Ed Sheeran's "Thinking Out Loud" is the first song in Spotify's history to crack half a billion plays. The company revealed that the song broke the half a billion mark on Monday morning. Along with the announcement, Spotify released the "Sheerio Index," which is a breakdown of Ed Sheeran's popularity worldwide by Spotify users. According to the index, Denmark, Norway, and Singapore have the highest concentration of Sheeran fans in the world, while his home country of the United Kingdom has the highest number of listeners by sheer numbers. 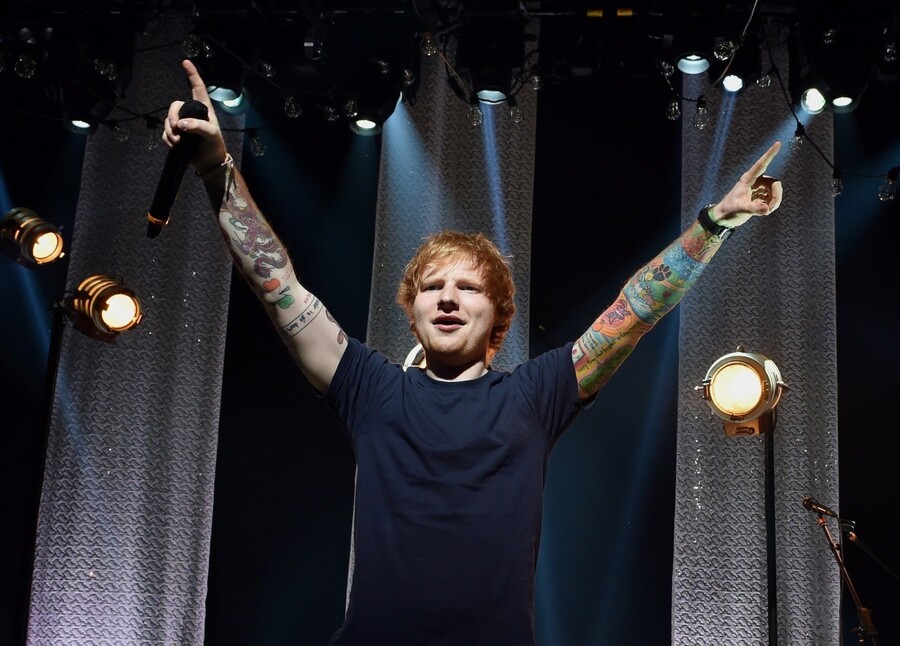 And Spotify didn't stop there. The company revealed a variety of other facts regarding the Spotify users' listening habits involving Sheeran, including:

-One in four Spotify users listens to Sheeran at least once a month.

-Sheeran's songs have been streamed roughly 2.9 billion times on Spotify, which makes him the second most streamed artist on Spotify, behind Eminem.

-Roughly 19 million Spotify users listen to Sheeran every month, which makes him the third most listened to artist on Spotify, trailing only The Weeknd and Calvin Harris.

While 500 million plays is quite an impressive feat, Spotify has a lot of catching up to do with the world's top music streaming platform, YouTube. YouTube most recently had its tenth song reach the BILLION plays mark, Wiz Khalifa and Charlie Pugh's "See You Again." What makes the feat much more impressive is that it only took 184 days for "See You Again" to reach the billion plays mark. To compare, Sheeran's "Thinking Out Loud" has been on Spotify since June 2014. Now, the comparison is far from a perfect comparison; YouTube is a free service that is available universally while Spotify is a subscription service that is not available in all countries.

In a press release, Sheeran said that he was "chuffed" to hear about the Spotify milestone. He continued by explaining that "Being the first artist to hit that milestone is amazing. Thanks to all the people who use this as a wedding song, soundtrack to a date, and as a way to woo someone into a Netflix-and-chill situation."

Congrats to Sheeran for his impressive milestone.