Lawsuits and music go hand in hand. Almost every week, we hear about a new lawsuit with so and so artist being involved. Earlier this year, the music world was turned on its head when a jury ruled that Robin Thicke and Pharrell Williams' "Blurred Lines" infringed on Marvin Gaye's "Got To Give It Up," essentially because the former song happened to sound and "feel" like the latter, and awarding Gaye's family $7.4 million. But this past Friday, a lawsuit was presented that may be just as significant.

Grammy nominated record producer and remixer Dr. Luke (real name Lukasz Gottwald) may have to stand trial over a song he produced; "Price Tag," by Jessie J. New Old Music Group is the plaintiff in a case against the 41-year-old music producer, and is suing him for copyright infringement over a breakbeat used on "Price Tag." A "breakbeat" is defined as a repeated sample of a drumbeat, and is a staple in various music genres, including hip-hop and dance music. The breakbeat in question is an extremely popular drum part of the 1975 song "Zimba Ku," which was recorded by Black Heat. Artists such as Pete Rock, Kool G Rap, N.W.A., and Heavy D & the Boyz have reportedly used the same breakbeat in the past, with no cases being levied against them. 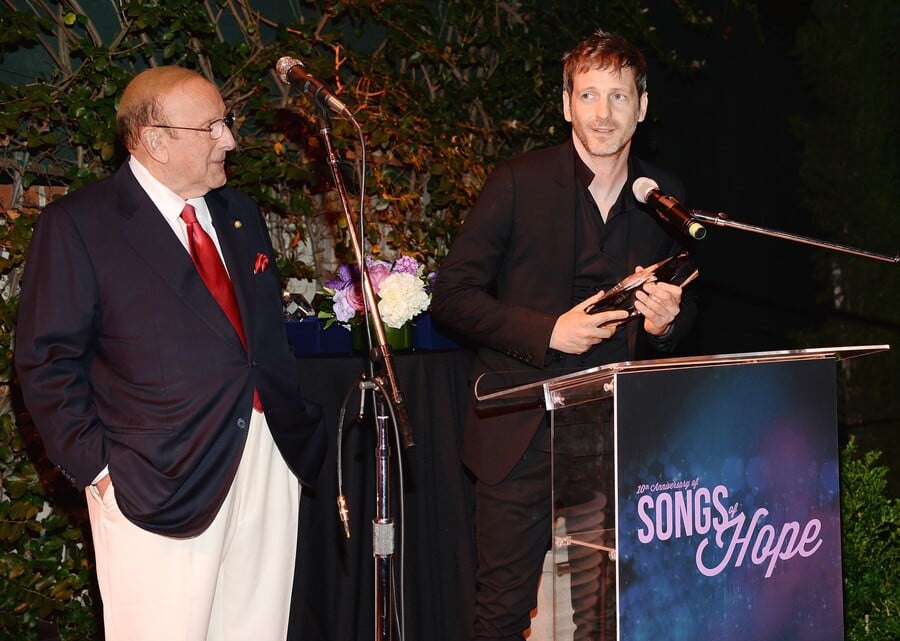 According to the lawsuit, the copyright infringement case stems from the similarities in the 16 consecutive 16th notes on the hi-hat cymbal, a bass drum pattern which consists of two eight notes on the first beat of the measure, snare drum attacks on the second and third beat, and a "ghost note" on the snare drum at the end of the measure.

Dr. Luke's attorneys argued in a summary judgment motion that the drum part in "Zimba Ku" is so common that the Jessie J song should not be interpreted as a copy of "Zimba Ku." Judge Ronnie Abrams did not agree. Here is what the judge said: "The Court disagrees… While many of the individual elements of 'Zimba Ku' may be commonplace, Defendants have not shown that, as a matter of law, the combination of those elements in the drum part is so common as to preclude any reasonable inference of copying."

Dr. Luke, in an effort to absolve himself of any wrongdoing, pointed to songs that were made before "Zimba Ku," or "prior art" that had similar percussive elements. The two songs he pointed to were "Me and Bobby McGee," which was released by Thelma Houston in 1973, and "ABC" and "I Will Find a Way," released by The Jackson 5.

The judge disagreed with Dr. Luke's "prior art" defense. Houston's song had open hi-hat attacks, not closed hi-hat attacks. The Jackson 5 songs did not have any "drag" or "ghost notes." In addition, "Price Tag" and "Zimba Ku" are both at a similar tempo.

Said Judge Abrams: "This is not to say that Plaintiff has proved that the similarities between Zimba Ku's and Price Tag's drum parts are so probative of copying that independent creation was not possible," continues the judge. "To the contrary, a jury may well find that even though it has not been presented with prior art embodying precisely the combination of elements at issue, the similarities between Zimba Ku and Price Tag nevertheless do not sufficiently raise an inference of copying. At this point in the litigation, however, the Court cannot conclude as a matter of law that no reasonable juror could infer, on the current record, that the creators of 'Price Tag' copied 'Zimba Ku.'"

The judge went on to say: "Defendants do not specifically address this issue in their briefing, although their existing arguments could be read to suggest that because the common elements that make up the Zimba Ku drum part are so trite, and because the aggregate Zimba Ku drum part contains only slight variations on the drum parts contained in 'Me and Bobby McGee,' 'ABC,' and 'I Will Find a Way,' the Zimba Ku drum part is insufficiently creative to be considered original," writes Abrams. "A jury may well so find, but the Court cannot conclude the same as a matter of law, particularly given the low threshold of creativity necessary to find a work original."

In layman's terms, this is going to trial. It seems as if the "Blurred Lines" ruling has opened the door for more lawsuits like this; suing another artist for making a song that happens to sound like another song. Listen to Black Heat's "Zimba Ku," and Jessie J's "Price Tag below, and you be the judge of whether or not you think a lawsuit is in order.