By Brian Warner on September 6, 2020 in Articles › Music News

In case you hadn't heard, Dr. Dre is currently going through a divorce from his soon-to-be ex-wife, Nicole Young. Dre and Nicole married in 1996 and separated earlier this year. That's 24 years of marriage. For Dre, those 24 years were BY FAR his most-lucrative years. During their marriage, he sold tens of millions of albums as a freshly-revived solo artist thanks to albums like The Chronic 2001. He then orchestrated the careers of both Eminem AND 50 Cent, selling hundreds of millions of albums collectively under his Aftermath record label. But best of all, in May 2014 Dre personally earned $750 million (pre-tax) when he sold Beats By Dre to Apple for $2.6 billion. All of these accomplishments, mainly that last one, are why Dr. Dre's net worth currently stands at $820 million.

We knew from the moment it was announced that this divorce was going to be expensive. And we're starting to see the first signs of just how expensive its going to be.

According to TMZ, Nicole Young filed legal documents today asking for temporary spousal support from Dre. This is common in divorce cases. The lower-earning spouse needs money for day-to-day living expenses including mortgages, clothing, food and even frivolous stuff like travel and cosmetic care.

Can you imagine someone requesting $130,000 in spousal support? It's utterly unimaginable!

[Nicole Young has entered the game….]

Someone might want to check on Dr. Dre right about now because according to Nicole Young's legal filings, she is requesting the sum of $2 million per year in spousal support. Can you believe that?!!

Oh wait. I messed up.

To be specific, Nicole is asking for $1,936,399 in temporary spousal support. She ALSO wants $5 million in a lump sum now to cover lawyer fees. Here's a breakdown of how Nicole justified her potential monthly expenses:

Excuse me… $900,000 PER MONTH on "entertainment"??!! Also please note that in total her estimation actually comes to $2.5 million, so maybe she's trying to give Dre a break by dropping her demand to $1.9 million?

So what does Dr. Dre think of all this?

According to TMZ, Dr. Dre will argue that she doesn't need any temporary support at all to maintain her lifestyle. She is living at their oceanfront Malibu home. He is covering all of her bills including private chefs, car payments and more.

Nicole is apparently looking to be financially independent from her ex. 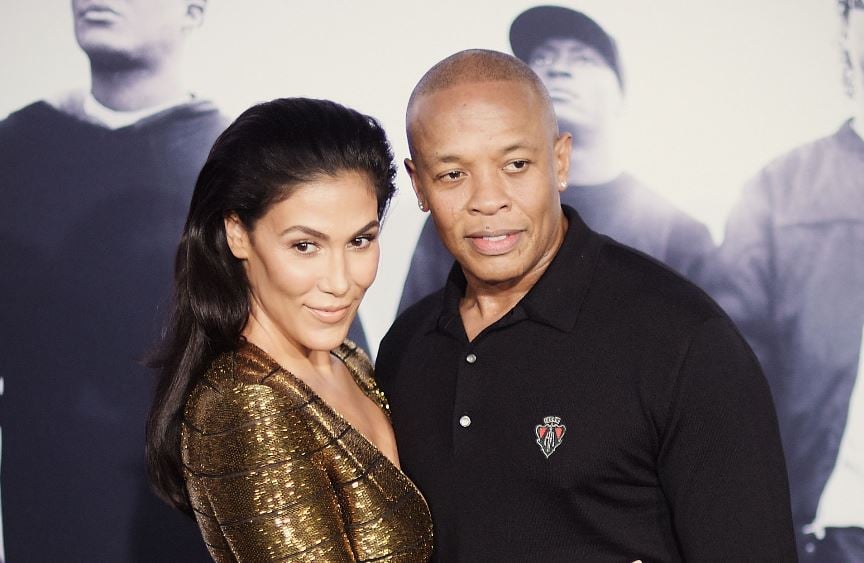 Prenup or No Prenup?

This is just the latest expensive legal hurdle Dre has faced in what is going to be an absolutely brutal divorce, financially speaking. As you may have read from our coverage last week, Nicole claims the couple does not have a prenup. But the question the prenup is somewhat complicated.

Both Dre and Nicole agree that a prenup existed at one point shortly after their marriage. Dre claims it still exists. Nicole claims he tore it up roughly two years into their marriage. Like physically tore it up in front of her.

As of this writing it's unclear what's true. Even if Dre physically tore up the document that doesn't actually render their agreement null and void. Legally killing a prenup would require an official legal filing signed by both parties and issued to the state courts. Did Dre tear up the physical copy but do nothing more? If that's the case, Dre has argued that Nicole has a legal background (apparently she went to law school) and therefore should have been smart enough to know that more actions were required.

Not that a prenup really matters all that much in California. From what I've always understood, even with a prenup, Nicole would be entitled to half the value of all assets and income generated during the marriage. A prenup might prevent her from getting half of and businesses, record labels, song catalogues etc that pre-dated their marriage, but she would still get half of his Beats by Dre earnings which is the most significant prize in the fight anyway.

She'd also get half the value of their real estate assets which include the Malibu mansion where she is living and the Brentwood mansion where he is presumably living. This is the same mansion that the couple bought from Tom Brady and Gisele Bundchen in 2014, right after the Beats deal was announced. The purchase price of this mansion in 2014 was $50 million. Based on comparable recent sales, it's likely worth $70-80 million today.

I have a very strong feeling that when we go to compile that list next year, Dre's number will be significantly different. Half? More than half? Either way, ouch.