Dr. Dre Is Donating All The Royalties From His His Latest Album To A Compton Performing Arts Center

If you look up "winning" in the dictionary, Dr. Dre's picture might be right next to the word. The man can absolutely do no wrong. Last year, when Apple bought the rights to Beats by Dre for $3 BILLION, the Compton rapper/record producer became the richest man in hip-hop. Earlier this week, he announced that he would be dropping his first album in over 15 years on Friday, which has hip-hop fans everywhere buzzing. And now, he's made another announcement that continues his streak of Ws.

As previously mentioned, Dre announced earlier this week that he would be dropping his first album since his critically acclaimed 2001 album, which dropped back in 1999. Dre's new album is entitled Compton, and its release comes a week before the NWA biopic, Straight Outta Compton comes out in theaters. The album is subtitled "A Soundtrack By Dre," and serves a companion piece for the film. The album stream dropped exclusively on Apple Music late Thursday night, further bolstering Apple Music as a place for consumers to be the first to get their hands on exclusive content. Dre won't be rolling in that royalty money though. Why exactly?

Dre announced on Zane Lowe's Beats 1 radio show that he will be donating all of the royalties he earns on his Compton album to help fund a new performing arts and entertainment facility in his hometown of Compton. Said Dre:  "I feel it's the right thing to do and I hope everybody appreciates the work I put into this album." The 50-year-old hip-hop mogul says that he will be working with Aja Brown, the Mayor of Compton, in order to work on the construction of the center. 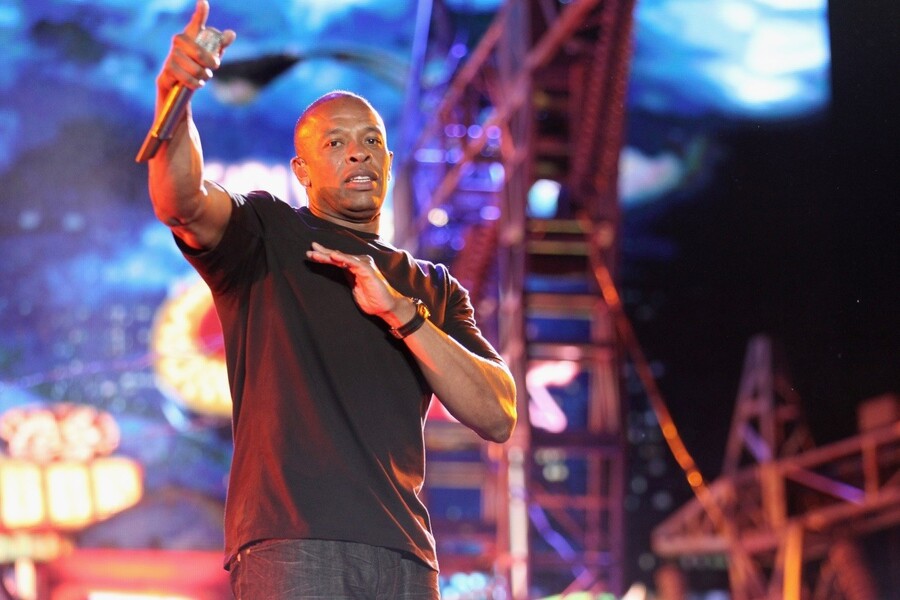 Dre went on to say: "We've reached out to Aja Brown quite a few times in the last month or two," Dre said. "I've been really trying to do something special for Compton and just couldn't quite figure out what it was. She actually had this idea and she was already in the process of working on it. I said, 'Boom, this is what we should do.'"

Compton features 16 brand new songs from Dre, and features hip-hop heavyweights such as Kendrick Lamar, Eminem, Ice Cube, Snoop Dogg, The Game, and Xzibit, just to name a few. Though many hip-hop fans have been waiting for Dre to drop his long-awaited Detox album, Dre says that Compton will serve as his "grand finale."

The album is available for stream on Apple Music now.