DJ Khaled Wants To Own A Piece Of The Miami Heat

DJ Khaled is a man of many talents. The 40-year-old Miami native is a DJ, rapper, music producer, and is widely considered to be the "King Of Snapchat," as a result of his penchant for posting funny, quirky, and sometimes motivational photos and videos on the social media platform. But if Khaled has his way, he'll have another title attached to his name; "part-owner of the Miami Heat."

DJ Khaled is a die-hard Miami Heat fan, and can often be seen sitting courtside at the team's home games. Rooting for his team on the sidelines clearly isn't enough for Khaled, and he is prepared to take his fandom to the next level. He told TMZ over the weekend that he would love to own a part of the team. Said Khaled, "I would love to talk to the Heat [to see if they'd] let me be an owner-even if it's one percent." He went on to say, "Either way, I'm there representing courtside. And if I'm out of town, I'm representing. I bleed Miami. It's Miami Heat for life. It's Miami anything." 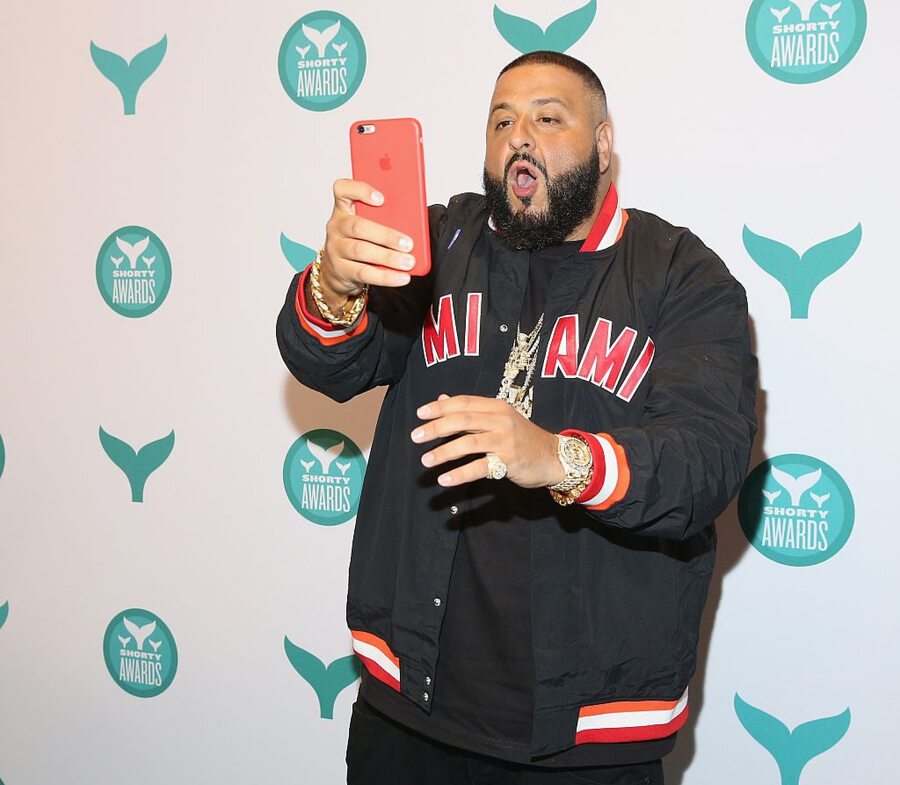 The Miami Heat is reportedly valued at $1.3 billion, which means that to own one percent of the team, Khaled would have to shell out $13 million. Khaled has a net worth of $18 million, meaning he would actually have the capital to buy a one percent stake of the Heat if the opportunity presented itself. Whether or not that would ever actually happen, remains to be seen.

Khaled wouldn't be the first hip-hop related act to foray into sports team ownership. Perhaps the most famous example of hip-hop meeting the hardwood is Jay Z's part-ownership of the Nets, a stake that he held from 2005 until 2013.