Sean Combs, aka Diddy is a man of many titles; rapper, producer, songwriter, actor, and entrepreneur among others. All of those titles have led to the New York native becoming one of the richest men in the hip-hop industry, with a net worth of roughly $760 million. With all of that money in his bank account, it's safe to say that the 46-year-old has a bit more disposable income than the average Joe. And last week, he decided to put some of his money towards a positive cause.

Before becoming one of the most legendary figures in hip-hop, Diddy attended Howard University, a historically Black university located in Washington, DC for two years, dropping out and following his dream of making it big in the music business after his sophomore year. Despite not officially graduating from Howard (he received an honorary degree from the school in 2014), he has always been quick to call Howard "home." As a result, Diddy has pledged $1 million to his alma mater, establishing the Sean Combs Scholarship Fund.

Diddy made the announcement last week during the Bad Boy Reunion Tour's stop in Washington, D.C. He presented a check to Dr. Wayne Frederick, president of Howard, while on stage at the Verizon Center. "One of the biggest blessings is getting the chance to one day be able to give back," said Diddy. "And to support the people that supported you… If I didn't get some help, I wouldn't be where I'm at today." 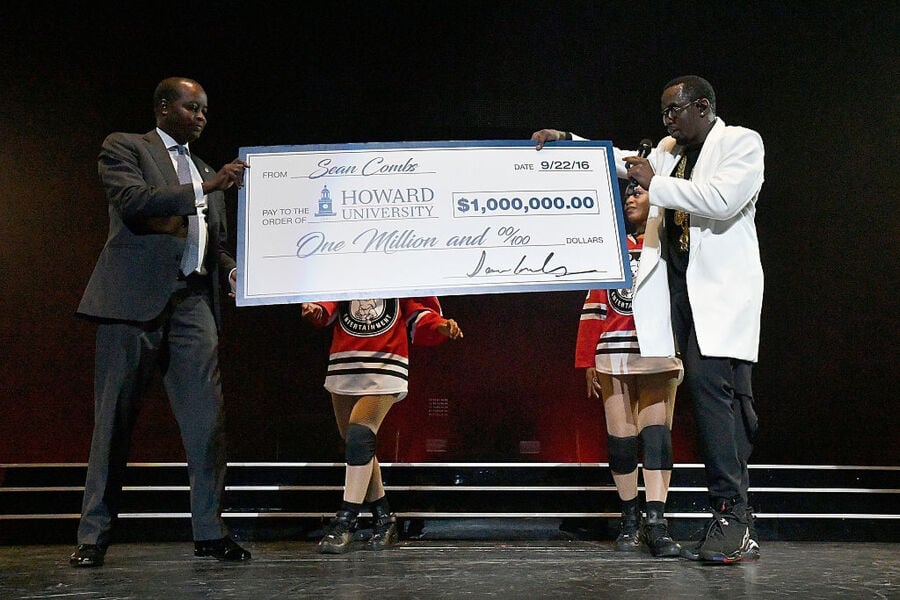 "I didn't graduate from Howard. I was blessed to get my honorary degree but that doesn't tell the whole story … Because the only reason why I was able to chase my dreams was the empowerment that Howard gave me, the support that they gave me, the first two years," said Diddy.

Dr. Frederick described the donation, which is the first of what will presumably be more donations to the fund, as "life-altering." The scholarships will begin to be awarded in the fall semester in 2017. The scholarships will go to students who are pursuing a business degree, while maintaining a minimum 3.0 GPA, and demonstrate a financial need. In addition, students who receive the scholarship will be assigned a mentor from Combs Enterprises and will also be given the opportunity to intern at Bad Boy Entertainment or Revolt Media & TV.

Kudos to Diddy for giving back.