A few weeks back, the CelebrityNetWorth Twitter account suddenly started lighting up with dozens of people telling us it's time to update Soulja Boy's net worth. After some investigating, we discovered that the source of all the excitement was the fact that Soulja Boy himself had tweeted about it.

If I'm being totally honest, my first reaction was that this was just Soulja Boy messing around. I mean, even if it were Diddy or Jay-Z sending that Tweet, I'd be skeptical. And keep in mind that Soulja Boy once fooled a lot of very credible news outlets into thinking that he spent $25 million on a private jet (more than his entire net worth at the time).

But the story (and the Tweets to our account) kept popping up. We get around 100 feedback emails a day on average, and in the last month, roughly 20% of them have been Soulja Boy related. Part of the reason for the continued interest in the story is that the company he reportedly signed the deal with, actually confirmed the deal in a press release… which Billboard then reported as fact. 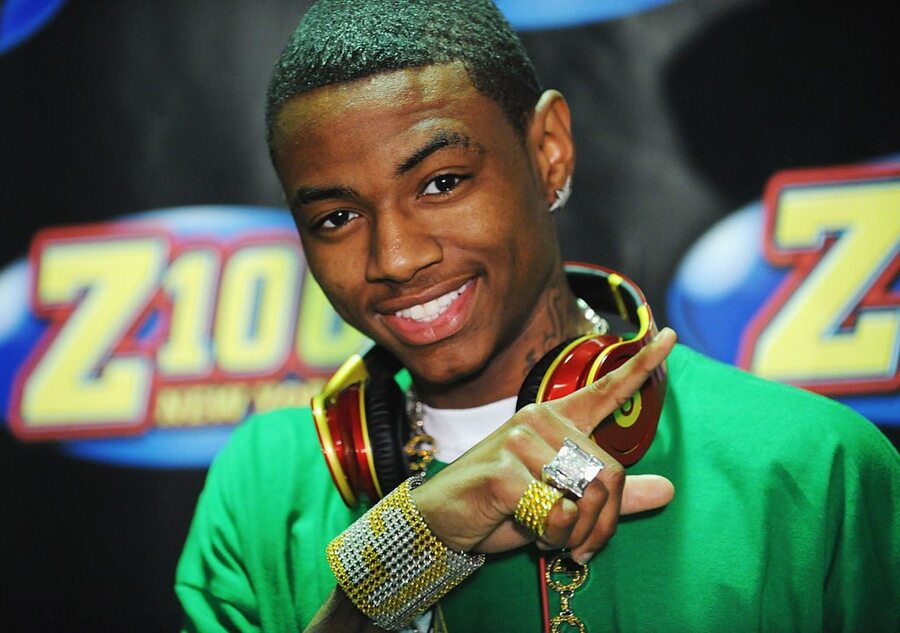 Ehhhhhhh. Not really. Sort of. But not really. Kind of. No. It's weird. Here, let me explain:

The company Soulja Boy signed a deal with is called World Poker Fund Holdings (WPFH). WPFU is a gaming company that mainly operates online casinos and social gaming apps. They also own assets in the traditional offline gaming world. As of this writing, WPFH has a market cap of $52 million and according to its most recent annual report, the company lost $400,000 last year.

Soulja Boy will be endorsing a social gaming app, CelebrityWorld.com, which allows players to "meet, play games and hang out with your favorite celebrities." It's a cross between a social network and an online casino where you can play slots, blackjack and poker.

How does a company that has a total market cap of $52 million cut a $400 million check? The answer is… they don't. Even the company's own spokesman has recently walked back Soula Boy's tweets, saying the following to a Forbes reporter:

"He really kind of jumped the gun by using the $400 million figure. The deal is capped at $400 million, and it's based on a forward-thinking valuation of the company. He's young, he's 25 years old. He got really excited, and he tweeted something he probably shouldn't have tweeted. He was getting a lot of pressure from within the entertainment community, so he wanted to put a statement out. Obviously, the company's market cap is at $51.8 million. There's no way we could cut a $400 million deal. Endorsement deals are calculated on a lot of different factors. This is not a fully cash transaction."

It seems like the answer is that YES Soulja Boy did just sign a deal that in a totally hypothetical world could eventually be worth $400 million. But for that to happen, WFPH would need to grow exponentially and then some. Even if the company's market cap grew to several billion (again, up from $52 million today), would they be setting aside $400 million of that figure for one endorser? Probably not. And what are the odds that this company will ever grow to have a market cap of several billion? Probably very low. But who knows? Believe me, I'm a big fan of Soulja Boy. He follows CNW on Facebook, Twitter AND Instagram. He actively shares content from our site with his millions of social media followers. I would LOVE to see a world where Soulja Boy was walking around with hundreds of millions in the bank! Hopefully, if that happened, he would buy CelebrityNetWorth!