Deadmau5 is one of the most popular and powerful figures in the EDM world. The 34-year-old has dominated the dance music world in a way that very few of his peers have, and has made a lot of money along the way. He makes $500,000 a show and earned around $15 million last year alone. What differentiates Deadmau5's career from many of his other EDM contemporaries is his success on the charts. In a music genre where ticket sales to festivals are easier to come by than album sales, Deadmau5 has shown his ability to sell both on the festival circuit and on the charts (he has sold 1.2 million albums and 4.2 million tracks in the U.S., according to Nielsen). A major part of that equation is the major label distribution that he has had in the past; most recently with Universal. But now, Deadmau5 has made a major decision regarding his distribution and publishing that could affect his bottom line for the foreseeable future.

Deadmau5 (real name Joel Zimmerman) has decided to part ways with Universal's North American Capitol Records/Astralwerks imprint, and take his talents to Kobalt, an independent music publishing and distribution company that represents acts such as Dave Grohl, Lionel Richie, Beck, Skrillex, and Paul McCartney, among others. The 34-year-old will focus on releasing music and developing artists through his own mau5trap label, where acts such as Madeon, Skrillex, Feed Me and Excision have all gotten their big breaks.

According to Deadmau5, the reason behind the breakup with Capitol was the lack of transparency, and the fact that they included his music on compilations that had titles that he considered to be too commercial, such as Now That's What I Call EDM. Said Deadmau5: "I am very strict on what products I want to associate myself with, and I felt that some things were just to make a buck … Then, we'd only get a little trickle, and I'd be like, 'Wait, I look this stupid for only that much? Why am I looking stupid in the first place?' " 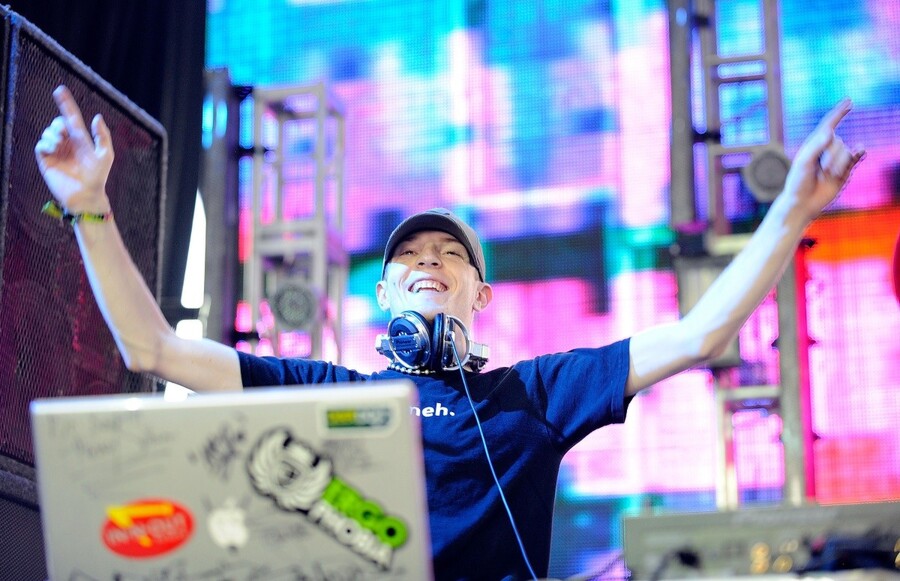 Kobalt promises a near real-time review of all publishing income and also claims to collect 20 to 30 percent more revenue that major labels. And according to Deadmau5's manager, Dean Wilson, advances at Kobalt are budgeted on a release by release basis.

This deal offers Deadmau5 a unique opportunity to release his music in any way, shape or form that he likes. According to Kobalt president Richard Sanders, "how [the deal] is monetized will be up to [Deadmau5's] direction and control."

According to Wilson, a majority of Deadmau5's income comes from touring, in addition to merchandise and sponsorships. And according to Deadmau5 himself, he's pretty secure when it comes to a financial standpoint:

"I've got $130 million in the bank and a whiteboard full of cool ideas for emerging markets and technologies where we're gonna test the waters and see what happens," said Deadmau5. "And that's how you become the first — not by using the old traditional broken-ass model.

We have Deadmau5's net worth listed at a cool $53 million, so perhaps he's exaggerating a little bit to make a point. In any event, best of luck to Deadmau5 in his latest endeavor.