Will Chris Brown Finally Turn His Life Around After A Series Of Recent Troubles?

On Tuesday, R&B superstar Chris Brown made a post on Instagram that suggested he is tired of the devil riding his back. Although it's uncertain who exactly that message is aimed at specifically, most would assume Chris is referring to the multitude of stressors that have occurred consecutively in his life this year. From an ongoing custody battle with the mother of his daughter, Royalty, to multiple home invasions; you can see why he feels the need to out-pour his emotions to his beloved fans.

"When u tired of the f****** devil ruining your life and u hear God speak for the first time. No one knows what I deal with on a day to day. The average man wouldn't hesitate to blow his f****** brains out but that's the cowards way out… Most won't understand the genius and beauty in change and learning and the people who have devilish intentions will win in the short term."

So what exactly has been causing Chris so much pain? To start things off, remember his naked stalker? A 21 year old woman named Amira Kodcia Ayeb, was accused of breaking into Brown's home on May 2. She allegedly vandalized his mansion and luxury cars, cooked "several" hot meals, and made herself comfortable in his bed until he returned home from Las Vegas. Once again, Brown broke the news through social media posts with pics of the intruder wearing a bathrobe, which is a noticeable pattern for the Grammy-winning singer. 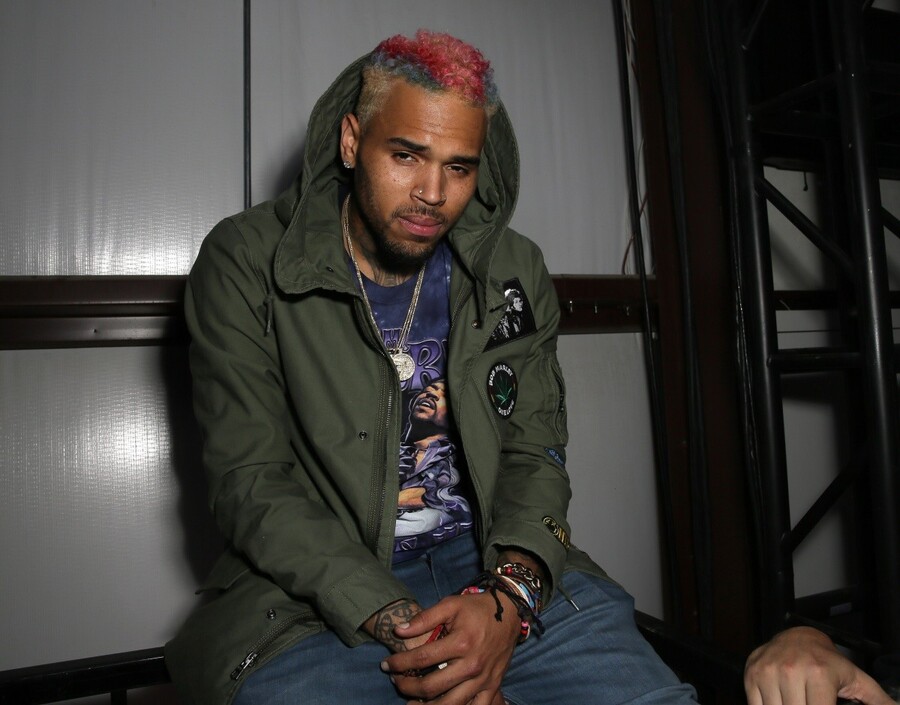 After shocking the world with an announcement about his 9-month-old daughter Royalty, his relationship ended rather quickly with Karreuche Tran, the exotic model known for starring in the Maybelline Web series Vanity. The relentless battle officially began on July 2 with Nia Guzman over custody of their child. In a Houston, Texas family court, he filed for joint custody after Guzman requested he pony up $15,000 a month for child support, a large increase from his current amount of $2,500. Obviously, Chris Breezy felt that the child support amount requested by Guzman was ridiculously high, especially since he claimed Royalty was in his care for much of the time – Brown even posted several pics of his daughter on Instagram, and one featured him posing with her at Disneyland.

Even more appalling, his Los Angeles home was invaded as well. This time, three armed men raided his home of valuables, while locking his aunt in the closet. Close friends of Brown, who are members of the infamous 'Blood' gang, and a club promoter are suspects in the case. According to TMZ, the promoter apparently knew about the $50,000 in cash that was secured in a safe within Chris' home, which is still under investigation.

It still doesn't end there – Chris Brown recently was stranded in the Philippines for three days due to a fraud complaint against him for a cancelled concert last New Year's Eve. The 26-year-old R&B artist reportedly cancelled the gig after being paid his entire $1 million contract. Allegedly, the organizers said they were told at the time that Brown lost his passport and couldn't make the concert. Luckily, Brown eventually was able to obtain a certificate for clearance to leave the country, said Elaine Tan, a spokeswoman for the immigration bureau.

Hopefully, Brown can continue to get his life back on track, while continuing to put out more chart-topping hits. He seems to have a track record of venting his emotions on social media. I'm sure his loyal fans appreciate his expressive nature and realizing he must slow down on partying due to his responsibilities as a father and role model.

"My soul will always be pure of heart. What's on the surface always looks like one big party but inside there is a little boy looking for help and guidance," Brown wrote. "People say 'be a man.' Yeah, that's right but it doesn't take away any pain you really go through. I just wanna stay out the way and do music. Most importantly and great father. I don't have any more patience for anything that will cause me to self destruct!!"