Chance The Rapper's Coloring Book was released as an Apple Music exclusive in May 2016. The project was available exclusively on Apple Music for two weeks, and was made available on Soundcloud for free after the initial two week period. Despite the fact that the project was made available for free after the initial period, some have questioned Chance's independent status, claiming that a relationship with Apple precludes an artist from being truly independent. This past Friday (March 17), Chance took to Twitter to respond to these criticisms.

Chance began his string of tweets as follows,  "I never felt the need to correct folks on my relationship with @apple but now that more people have tried to discredit my independence, I wanna clear things up."

He went on to say, "@apple gave me half a mil and a commercial to post Coloring Book exclusively on applemusic for 2 weeks. That was the extent of my deal, after 2 weeks it was on SoundCloud for free. I needed the money and they're all good people over there. I feel like if I didn't clear it up people would keep trying to discredit all the work we did to make Coloring Book what it became. I think artist can gain a lot from the streaming wars as long as they remain in control of their own product."

The 23-year-old explained why he felt the need to tweet out his thoughts on the situation. "I just wanna remain transparent. Folks out there without a deal need to know they're doing everything right just keep at it. If you come across opportunities to work with good people, pick up cash and keep your integrity I say Do It." 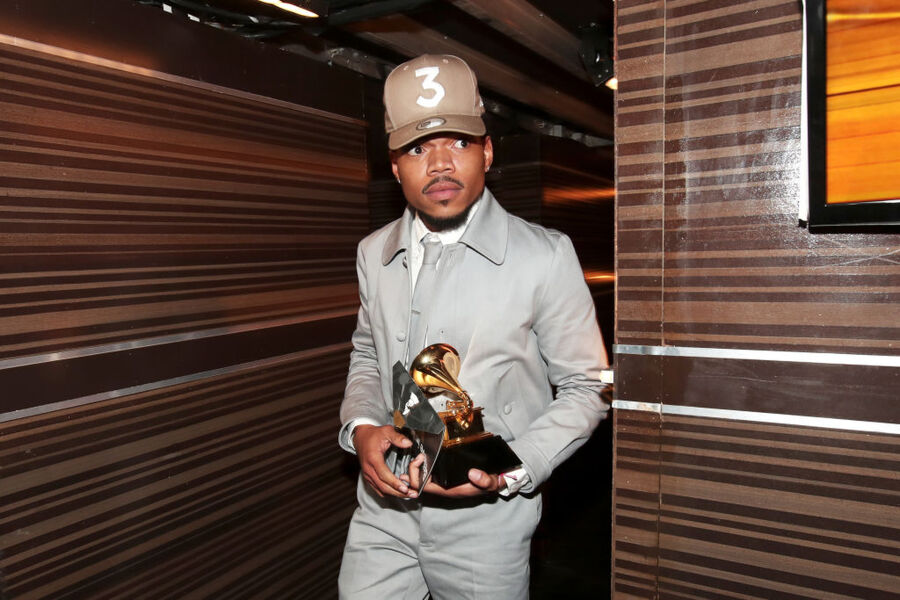 While Chance has yet to put out a proper "album," (Coloring Book is technically categorized as a mix tape), Chance did admit that he may be willing to put his proper debut album for sale in an interview with Complex.

"That's, like, a big step in itself. I kind of hate the fact that I can't chart, really. I can chart, but the way they have the streaming sh-t set up is weak as f–k. It's unfair. 1,500 streams is the equivalent to one [album sale], and that's just that's unfair. Nobody listens to their songs [1,500] times when they buy it—f–k outta here! So, it makes it hard. I can't really compete with other people. Not that the charts matter at all, but c'mon."

Chance The Rapper has had an amazing past year or so. It all started when the Chicago MC linked up with fellow Chicagoan Kanye West on the latter's The Life of Pablo album in February of 2016, where the two collaborated on several tracks, including the album's intro, "Ultralight Beam." Then the 23-year-old independent artist released his Coloring Book project in May of 2016, which was widely praised, and became the first streaming-only project to chart on the Billboard 200. The album's success ultimately led to him winning multiple Grammys this past February.