Chance The Rapper has been absolutely killing it over the course of the past year. He was featured on Kanye West's Grammy nominated The Life of Pablo album, stealing the show on the intro track, "Ultralight Beam" in the process. His Coloring Book mixtape was released to rave reviews later that year, which was also nominated for a Grammy. Fast forward to last week and the Chicago native took home three Grammy's, for Best New Artist, Best Rap Performance, and Best Rap Album. And he did all of this without help of a major label. Well, all of Chance's success reportedly has labels knocking on his door now in order to sign him. Chance's response to them may (or may not) surprise you.

According to the New York Post, major record labels want a piece of Chance after he beat the likes of Kanye West and Drake for Best Rap Album at the Grammy's last week. An insider told the newspaper the following, "Every label is still trying to get him. He's making too much on his own… He was turning down $5 million advances before, and now it's like $10 million."

While many on the outside looking in may think Chance is making the wrong decision by reportedly declining those offers, take this into account: when record labels give artists an advance when signing them to a record deal, the artist doesn't get to keep the advance. It is, in effect, a loan that they have to pay back through album sales, touring, etc. And even after the advance is paid back, the label still takes percentages of all your music revenue after the fact. 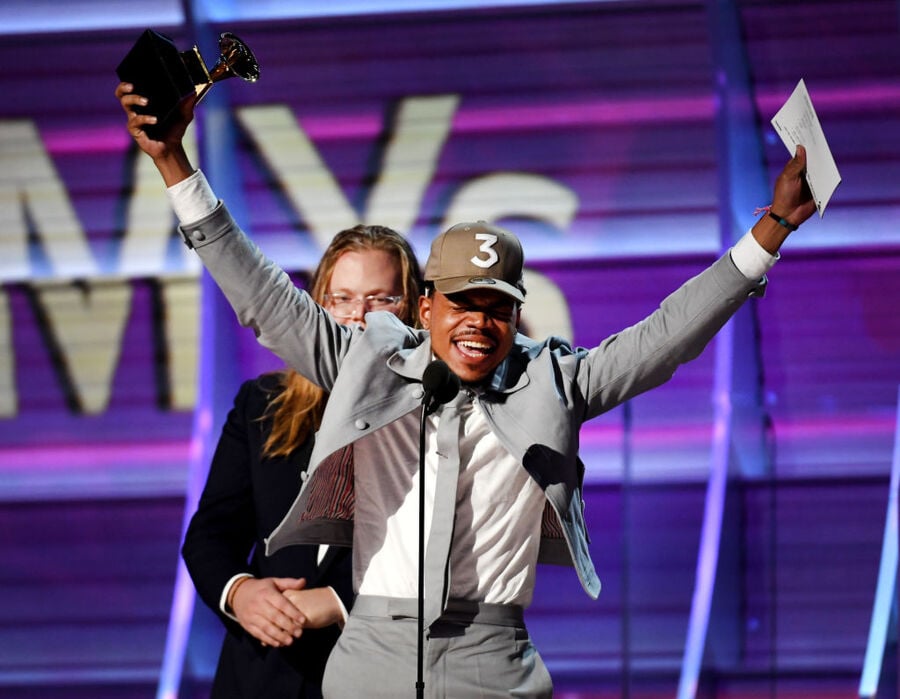 In most cases, artists need major labels in order to increase their opportunities to be heard by the general public, facilitate distribution, and to guarantee radio airplay. In exchange, the labels get a large chunk of the artists' music revenue. But in Chance's case, he doesn't need the help of major labels in order to get his music heard by the general public (he's won three Grammys already). Chance would in all likelihood be helping the label out more than they would be helping him.