Chance The Rapper Named One Of Time Magazine's Most Influential People

Despite the fact that Chance The Rapper is just 24 years old, he has achieved a lifetime worth of accomplishments. Not only has the unapologetically independent artist taken the world of music by storm, but he has also spearheaded change in the public school system in his hometown of Chicago. All of Chance's moves; both musically and socially have made him a highly influential figure, not only in the world of music, but in the world in general. And for that, Time magazine bestowed the Chicago native with a distinct honor.

Time released its annual list of the 100 most influential people in the world earlier this week, and Chance The Rapper was named as one of the people on that list. Fellow Chicago native Common wrote the following about Chance in the magazine, "[He] upends expectations about what artists, especially hip-hop artists, can do." Common went on to recount a story of how, years ago, his grandmother told him to call her friend's grandson who wanted to be a rapper, in order to give him some encouragement. Common left a message in which he told him to keep following his dreams. He ended up forgetting that call until Chance and Common first met. "You won't remember this, but you called me when I was a kid," Chance told Common. 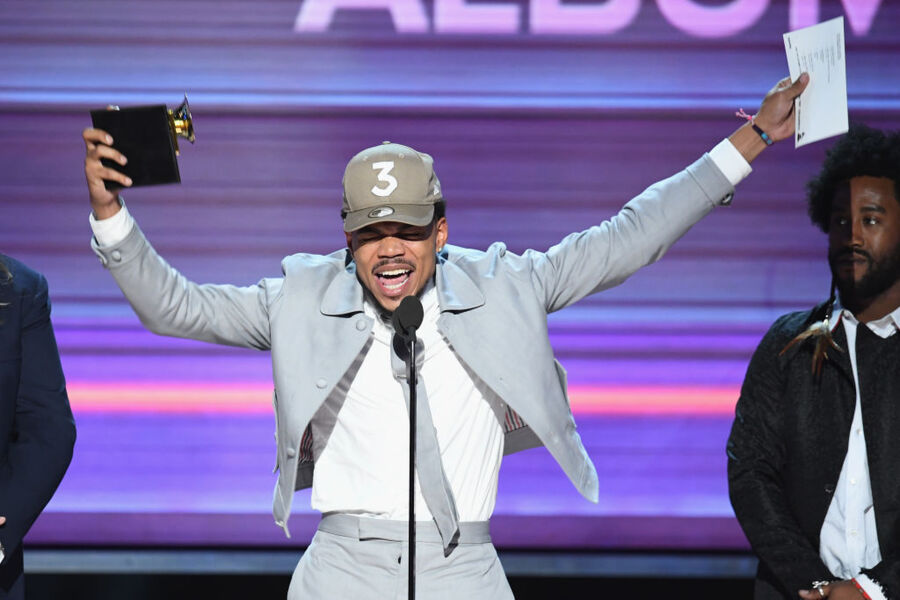 Chance has a bevy of accomplishments to his name at the tender age of 24. He became the first independent artist to perform on Saturday Night Live in late 2015. He recorded five tracks on Kanye West's The Life Of Pablo in early 2016, including the albums opening track, "Ultralight Beam." He went on to release his streaming only Coloring Book album to general acclaim in mid-2016, and the album became the first streaming-only album to take a spot on the Billboard charts (its peak position was No. 8).

But that's not all. The Grammys changed their rules for him, allowing streaming-only projects to be nominated for Grammys. Chance then received seven Grammy nominations, and ended up winning three.

Chance has been racking up the accomplishments over the past year, and it appears that he's only getting started.