Cardi B Made An Incredible Amount Of Money Last Year

Cardi B may have been a stripper from the Bronx just a few years ago, but today, she's one of the highest-earning rap stars of the year, with a $28 million haul, a figure she disputes, but she also doesn't indicate if that amount is too high or not high enough. Born Belcalis Almanzar in 1992, Cardi B hit the mainstream when her single "Bodak Yellow" topped the charts in 2017. With "Bodak Yellow," Cardi B became the first female rapper to top the charts without any other billed acts since 1998. Now, she's a household name, with the net worth of $24 million to prove it.

Cardi B attended Renaissance High School for Musical Theater and Technology. She enrolled in college in New York City but dropped out to help support her family with a job at a deli. It was the owner of the deli who encouraged her to become a stripper – a fact that is so completely creepy I need to go shower off the slime. Cardi B was 18 when she started stripping. She found it embarrassing at first, but the money soon made that feeling go away. She started off making $200 or $300 a night, but before long, she was making $2,000 to $3,000 a night. She had $20,000 saved up by the time she turned 21. When she was 22, she had saved $35,000. 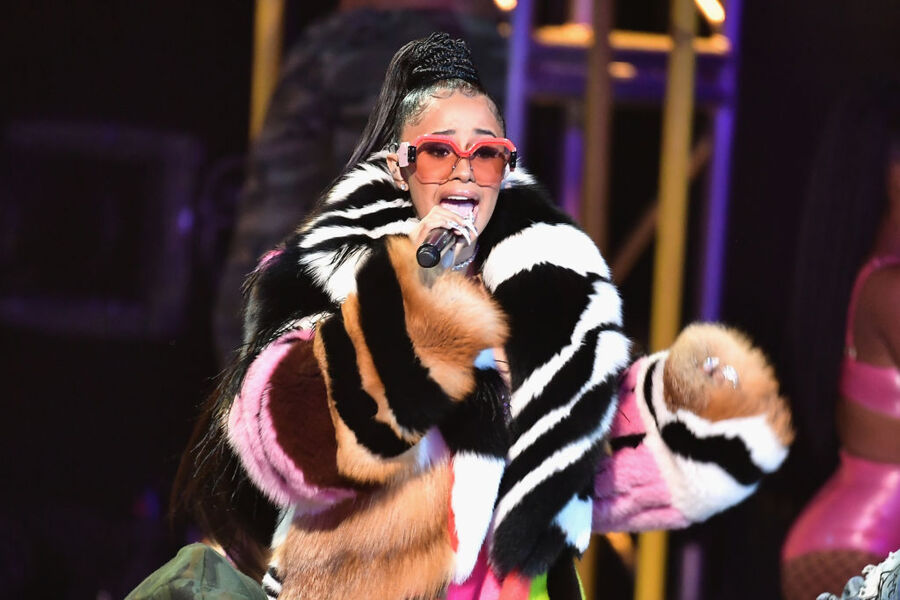 Talking about her life as a stripper on social media helped Cardi B increase her following and eventually led to a role on VH1's Love & Hip Hop: New York. Cast members on that franchise make decent money – anywhere from $17,000 to $400,000 per season. Cardi B was on the show from 2015 to 2017 and in 2016, we reported her net worth as $400,000, so it seems likely that Cardi B was making towards the higher end of this range.

Then, in February 2017, "Bodak Yellow" hit it big and Cardi B saw her net worth bump up to $1.5 million. In September of that same year, she signed a multi-million dollar recording deal with Atlantic Records that pushed her net worth to $4 million. She had only two mixtapes and her hit single at the time. At Coachella in 2018, she was paid $170,000 for both of her 35 minute sets. However, she spent $300,000 of her own money on the set for Coachella, so she lost money. Additionally, she told Sirius XM's Hip Hop Nation that the fee was agreed to six to nine months before the release of Invasion of Privacy, her debut album.

Later that year, she paid over $500,000 in cash – and showed the world her bank statements to prove it – for two Lamborghini's for herself and her fiancé, Offset. In an August 2018 interview, she revealed that her bills were between $250,000 and $300,000 a month and complained about the 45% tax rate she was paying. Cardi B also has a number of endorsements and commercials including Fashion Nova, which brings in a reported $20,000 a month for the rapper, and Amazon's Alexa and Pepsi.

In September 2019, Cardi B made her film debut in Hustlers alongside Jennifer Lopez. She's also been confirmed alongside Chance the Rapper and T.I., as one of the judges for Netflix's Rhythm + Flow, a ten part hip hop talent search premiering in early October.

It's Cardi B's world and we can certainly see how she made $28 million over the past year. She is the hardest working person in the music industry!