Bruce Springsteen Reportedly Wants To Sell The Rights To His Catalog, Which Could Be Worth More Than $400 Million

By Joseph Gibson on November 9, 2021 in Articles › Music News

If you've been following the music business world lately, you might just be surprised to learn that Bruce Springsteen is not yet among those top tier legacy artists to have cashed in with a deal for their publishing rights and/or recorded catalog.

The sale of a music catalog and its rights has been a real trend the last couple years. Artists like Bob Dylan, Neil Young, Shakira, and many more have made huge huge sales. Now, Billboard reports that The Boss is looking to make just such a deal with Sony Music. Springsteen has had a business relationship with Sony Music going all the way back to 1972, when he first signed with Sony's Columbia Records, but he's one of the few major artists privileged to have managed to wrangle back the rights to his own music over the years. But now it seems evident that he's ready to relinquish them again for a big enough payday.

According to Billboard, Bruce is seeking a deal estimated to be worth…

That's the estimate for both Springsteen's publishing rights and his recorded albums. His catalog alone is estimated to be worth somewhere between $145 million and $190 million. 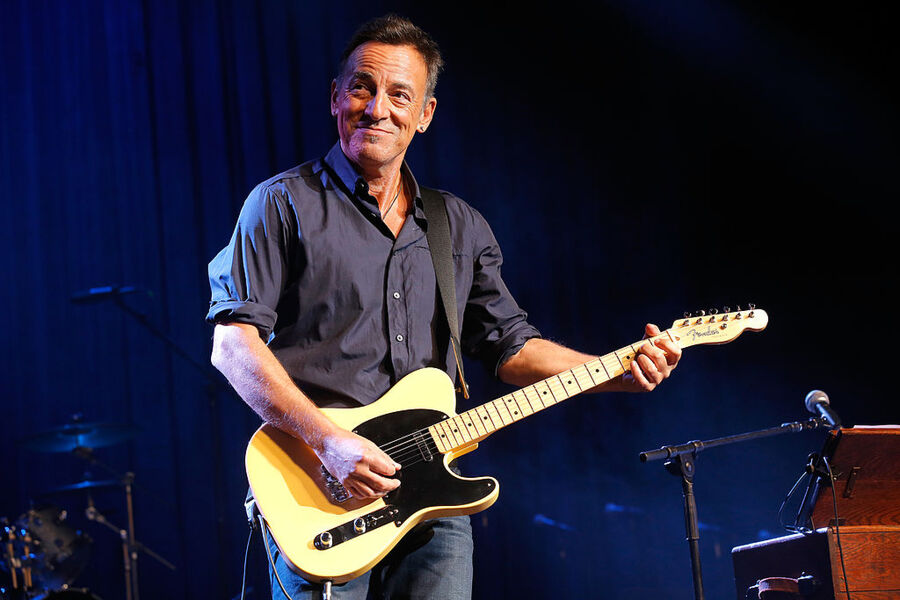 A Variety report indicates that Springsteen is almost done with a deal to sell the rights to his recorded catalog, while a deal for his publishing rights aren't quite as far along.

As for what's motivating Springsteen to put these wheels in motion, some speculate that it's part of a larger plan for the singer-songwriter's estate, as a large sum of cash is much easier for eventual inheritors to manage than publishing rights or recordings, which can be tricky and complicated to manage.

A CNBC report also speculates that the move could have something to do with rumors of an increase in capital gains taxes, which could motivate such a deal to be closed before the end of this year. And Bruce is acutely aware of tax obligations. Back in 2017 Bruce revealed his aversion to paying taxes during his first successful years:

"First of all, I never met anyone in New Jersey who paid their taxes. The entire state wasn't paying any taxes. So, years went by and all of this time went by. Nobody's paying any taxes. Me, the band, no one I know … I didn't pay those taxes."

Unfortunately, when Bruce appeared on the cover of Time Magazine in 1975, the IRS took notice and came calling for their cut. Bruce claims that over the next few years all of the money he made from concerts and albums went straight to the government.

Thanks to those back tax obligations, on the day he turned 30 in 1979, Bruce Springsteen – one of the biggest musicians on the planet – had a total net worth of just $20,000.

Fortunately Bruce more than recovered over the ensuing decades. Today we estimate that Bruce Springsteen's net worth is $500 million. That estimate takes into account a $300 million estimated valuation for his publishing rights and back catalog.