By Brian Warner on December 7, 2020 in Articles › Music News

With the rise of file sharing services, like Napster twenty years ago, many people predicted the death of the music business. Artists complained that their record sales had disintegrated. Their royalty streams all but dried up. Perhaps worst of all, the value of their music catalogs – once a prized possession for artists – dropped to nothing. In the early 2000s, you probably could have scooped up a popular artist's entire catalog for pennies on the dollar compared to what they traded for a decade earlier. Well, the times they are a-changin again.

It was just announced that Bob Dylan has sold his entire songwriting catalog to Universal Music Publishing Group for a reported $300 million.

The deal involves more than 600 songs, several of which are arguably among the most important written works of the last century. The deal includes such Dylan classics as "Blowin' in the Wind", "Like a Rolling Stone" and "The Times They Are A-Changin".

The purchase gives Universal full ownership of every Dylan album and song ever, from his very first songs to his 2020 album "Rough and Rowdy Ways". Universal will now earn all the income produced by Dylan's royalty stream and will have full control over each song's copyright. That means Universal can now decide where and how the music is used. Dylan fans should probably prepare themselves for the inevitable Facebook commercial set to "Tangled Up In Blue".

"It's no secret that the art of songwriting is the fundamental key to all great music, nor is it a secret that Bob is one of the very greatest practitioners of that art… By bringing to UMG the vast and brilliant Dylan songwriting catalog, in an instant, we have forever transformed the legacy of this company."

Dylan's catalog is especially valuable because he has been so frequently and popularly covered. Many songs written by Dylan actually became famous when they were covered by other artists. For example Guns N' Roses "Knockin' on Heaven's Door", The Byrds "Mr. Tambourine Man" and Jimi Hendrix "All Along the Watchtower". Dylan songs have been covered by thousands of popular artists, and every time a cover version is published/sold/performed/licensed… Dylan got paid.

Dylan got paid every time one of his songs was streamed, broadcast on radio, used in a movie, used in a commercial… etc. 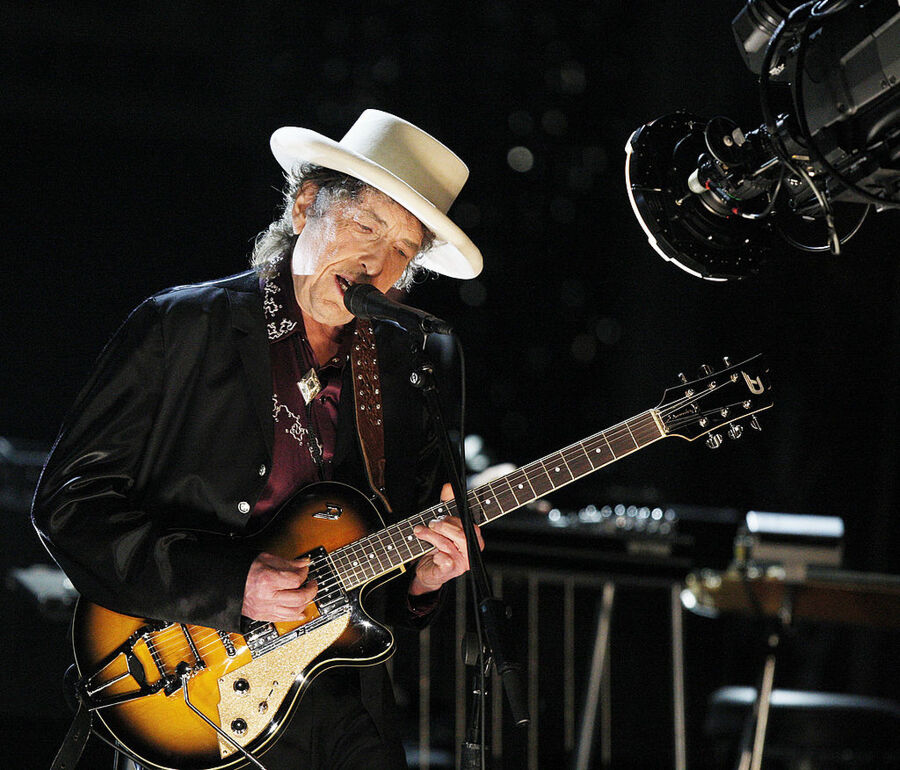 Bob's deal is just the latest in a string of high-profile catalog sales.

Last week it was revealed that Stevie Nicks had sold 80% of her catalog to Primary Wave Music for $80 million.

Two months ago DJ/producer Calvin Harris sold the rights to 150 of his most popular songs to Vine Alternative Investments for $100 million.

And as you may know, a year ago Scooter Braun infamously acquired Taylor Swift's first six albums for around $300 million. He flipped Swift's catalog to a private equity firm for around the same amount a few weeks ago.

One publishing company, Hipgnosis Songs, reported that it spent around $700 million buying catalog rights between March and September of this year alone. Those purchases secured the rights to 44,000 songs by artists including Blondie, Rick James and Barry Manilow.

Why the sudden gold rush to music catalogs? The answer is blowin in the multiples.

With the rise of services like Spotify, Apple Music, YouTube and even TikTok, artists are making more money than ever from royalties. Whereas 20 years ago all music was considered free to steal, today most people are content to either listen to a commercial while streaming Pandora or to pay $10 a month for a commercial free version. In other words, streaming has drastically improved income streams. And with that improvement, the multiples – amounts paid by investors based on the perceived future value of income streams – have doubled.

Just a few years ago songwriter catalogs sold for 10-13 times their annual royalties. So an artist who made $1 million per year from royalties might be able to sell their rights for $10 million.

Recently catalogs have been trading for 20x+.

For a little more perspective, consider this – Michael Jackson bought the entire Beatles catalog in 1985 for $47.5 million. That's the same as around $115 million in today's dollars. At the time, Paul McCartney thought that amount was insane and would never produce a return on investment (make its money back). He refused to bid. Decades later, Michael's estate sold the catalog in two transactions for a combined $980 million.

Congrats to Bob Dylan! Though I should probably admit at this point that, in my opinion, Jakob Dylan was clearly the most talented musician in the Dylan family. You ever hear "One Headlight"? Does it get any better? I submit that it does not! Putting that on right now to honor today's achievement.