Beyonce is one of the most popular entertainers on the planet. With over 34 million albums sold as a member of Destiny's Child and as a solo artist combined, in addition to her rabid #BeyHive Internet fan base, it's clear to see that her fans love her work. As a result, Beyonce is also one of the richest entertainers on Earth, boasting a net worth of $450 million. We may have to update that number after seeing the amount of money that her Formation World Tour grossed over the past several months.

Beyonce's Formation World Tour was announced in grand fashion with a commercial advertising the tour after Beyonce's Super Bowl 50 Halftime Show performance back in February. The tour was announced in support of Beyonce's sixth studio album, Lemonade. The 49 show tour, which began in April in Miami, spanned over the course of seven months, and two continents. Every single show on the tour, which ended on October 7, in East Rutherford, New Jersey, was sold out. While that is a feat in itself, the amount the tour grossed is even more impressive. 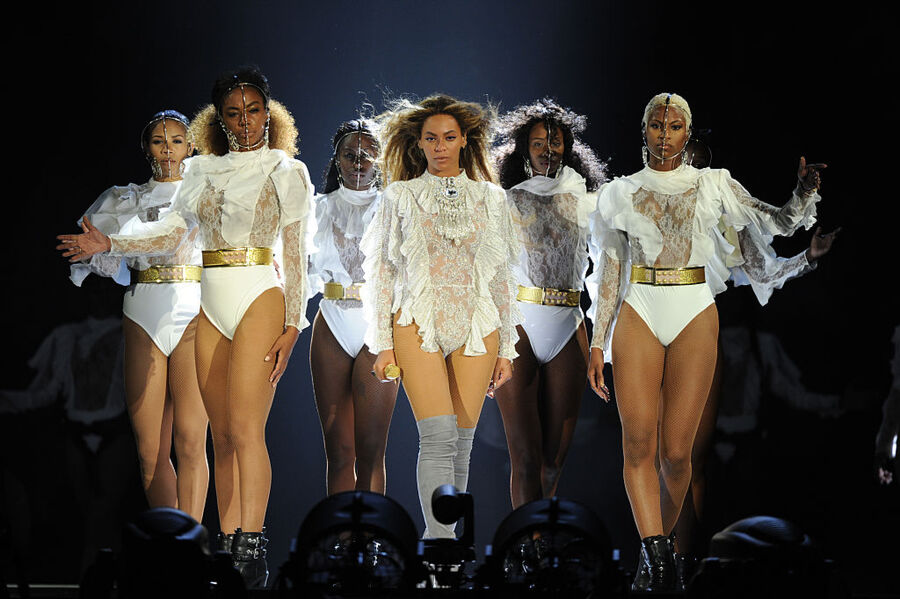 Beyonce's Formation World Tour grossed a total of $256,084,556, selling 2.2 million tickets in the process, according to early reports. The average amount grossed per show was a cool $5.2 million. The average paid attendance at each show was 45,757. The most profitable stops of the tour were the back-to-back shows at London's Wembley Stadium that grossed $15.3 million. The highest-grossing North American stop of the tour was her performance at Citi Field in New York, which grossed $11.5 million.

If the early reports are true, Beyonce's tour will have made significantly more money than last year's highest grossing tour; Taylor Swift's 1989 World Tour, which grossed roughly $217 million. Bey will likely take the crown for highest grossing North American tour of 2016. As for the worldwide numbers, Bey will probably fall short of Bruce Springsteen and the E Street Band's The River Tour, which has grossed $266.5 million worldwide to date.

With numbers like that, it looks like Queen Bey's accountants are going to have to get in formation, because they're going to have some work to do. Congratulations to Beyonce for the success of her tour.