If you follow this site a regular basis, you know that lawsuits in the world of entertainment are extremely common. The reasons for lawsuits vary; from disputes with lawyers to disputes with record label CEOs. In most of these cases, though, it's a situation where just one person is suing another person or entity. However, there was a lawsuit filed earlier this month that involves not one, but FIVE of arguably the biggest names in music.

ElevenParis, is a French label that specializes in creating items that include T-shirts, sweatshirts, tank tops, hats, phone cases, and backpacks that utilize the slogans and images of different artists. The issue with these items is that, according to a complaint filed on by the artists in question; Beyonce, Jay Z, Kanye West, Rihanna, and Pharrell Williams, the company doesn't have the right to produce such pieces without their permission. Some of the items feature slogans like "Kanye Is My Homie," and "Pharrell Is My Brotha," while others feature the names of the artists, faces of the artists, and numbers of significance to the artists. 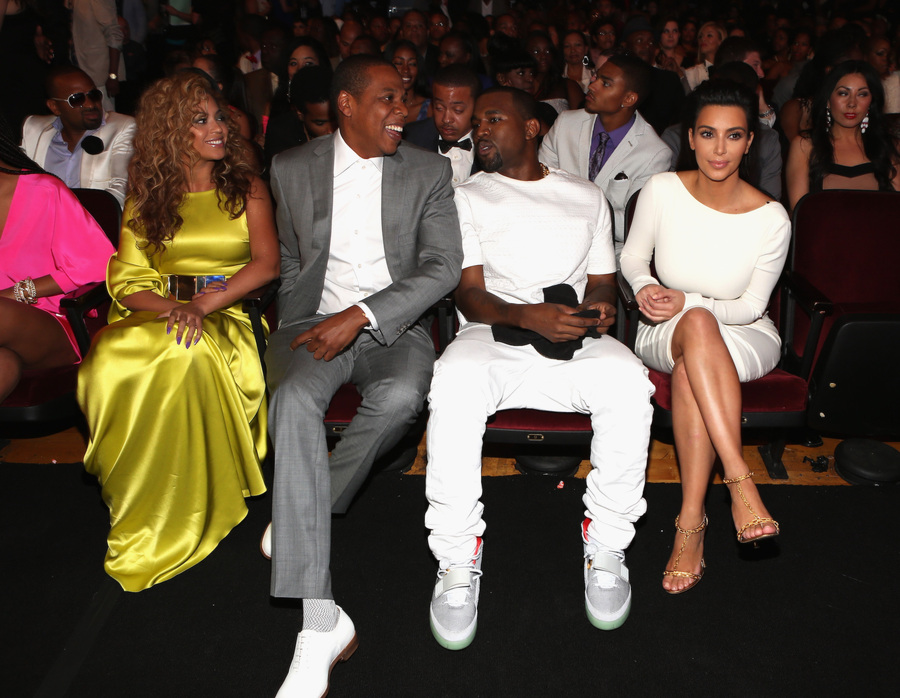 The complaint, which was filed by on Oct. 6 in federal court in New York, calls ElevenParis "habitual, willful intellectual property infringers that, without authorization, usurp the trademarks, copyrights, and other rights of A-list celebrities." In the complaint, which also includes BGK Trademark Holdings LLC, Mascotte Holdings, INC, and RORAJ Trade, LLC, as plaintiffs, ElevenParis is accused of "publicity violations, willful trademark infringement," and "unfair competition and dilution, among a score of other blatant statutory and common law violations."

Seems simple enough, right? Well, there is always more than one side to a story, and ElevenParis is singing quite a different tune than the plaintiffs. According to a statement released by the label last week, negotiations had been under way with the plaintiffs for almost a year, and negotiations are still ongoing. "ElevenParis is determined to find a fair and balanced agreement with them and their advisers," said the label in the statement. In addition, the lawsuit states that the label "entered into a confidential agreement with Plaintiffs Beyonce and BGK Trademark Holdings, LLC" in January, and that the label "breached the terms of the Agreement." This may point to a deal gone sour between the two parties.

The complaint says that ElevenParis' items "have caused and are causing immediate irreparable harm" to the plaintiffs. As a result, the plaintiffs are looking to take the profits ElevenParis has made from the items utilizing their likenesses and trademarks, in addition to triple damages. With so many high profile names in one case, we will undoubtedly be hearing more about this situation in the near future.