Adele is no stranger to setting records with her music, including the successful release of her third album, titled 25. The album sold 3.38 million copies in its first week, and it has sold over 17.4 million copies to date. . Sony Music has taken notice, and decided to poach her from the independent British label she's been with since she was 19, XL.

The deal has been in negotiations for a few years with her manager, Jonathan Dicken, but was kept under wraps until recently. It was arranged through Sony's Columbia Records. Once it officially goes through and is paid in full, it will be the biggest record deal in history, at $130 million. It gives Sony exclusive rights to release her music worldwide. Industry commentators speculate the deal is for three albums with the ability to option.

In comparison, the second most valuable record deal signed by a female artist was Madonna's 2012 contract with Live Nation, for $120 million. Over the past year, Adele has dominated popular music charts and award ceremonies.  Her current world tour is expected to generate as much as $150 million. 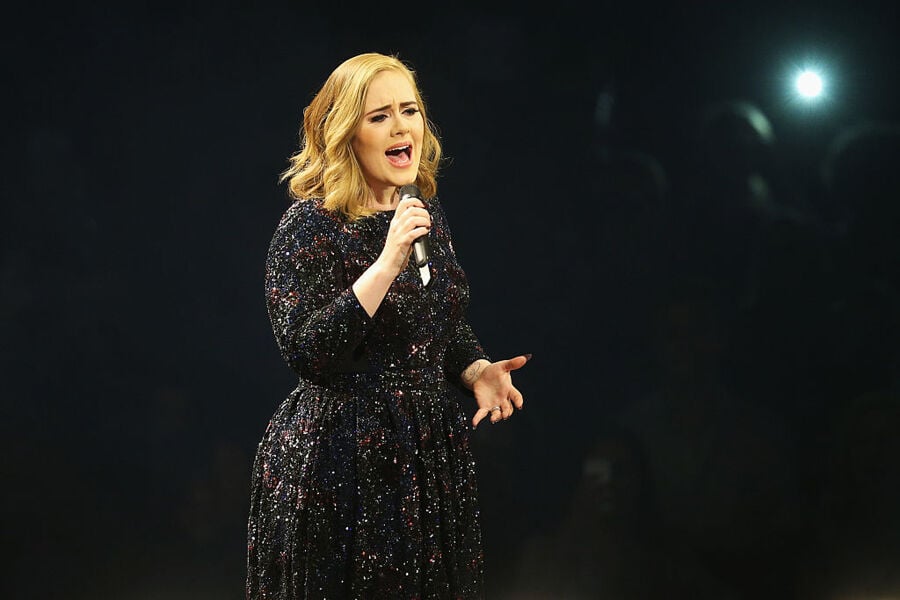 Adele's reluctance to put herself in the public eye is something that Sony must come to terms with. She recently criticized the label for their treatment of singer Kesha, who was not allowed to be released from a contract tying her to producer Dr. Luke.

While Adele is the richest British female singer of all time, her refusal to take on endorsement deals results in her overall earnings lagging well behind American singers such as Taylor Swift and Beyoncé. She is also notoriously slow to produce her albums. Each has taken more than four years.

The deal is expected to make a major impact on the British independent label sector, as her presence gave it a major boost over the past few years. Her former label XL is part of the Beggars group which released records from the White Stripes and Basement Jaxx. She long enjoyed the freedom that came from being on an independent label, as it allowed her to enjoy worldwide success on her own terms. Now that she's established herself as a successful and independent artist, she's able to make the jump to a major label and influence her own career. For Sony, Adele should be a safe bet.

Largest Record Deals of all Time: