There are a bunch of rumors swirling around the internet right now related to 50 Cent and his minority ownership stake in liquor brand Effen Vodka. Let me preface this entire article by saying that as of right now, there's no solid 100% verified information that any of these rumors are at all true. Everything we've found is second-hand hearsay at this point. So let's cautiously explore what may or may not have just happened.

According to a bunch of sources, 50 Cent reportedly just sold his minority stake in Effen Vodka for $60 million. The news was revealed during a segment of the Breakfast Club radio program's "Rumor Report". The story has since been repeated by outlets like Vibe and Complex.com, though it should be noted that those outlets are just repeating the same info they heard on the Breakfast Club. 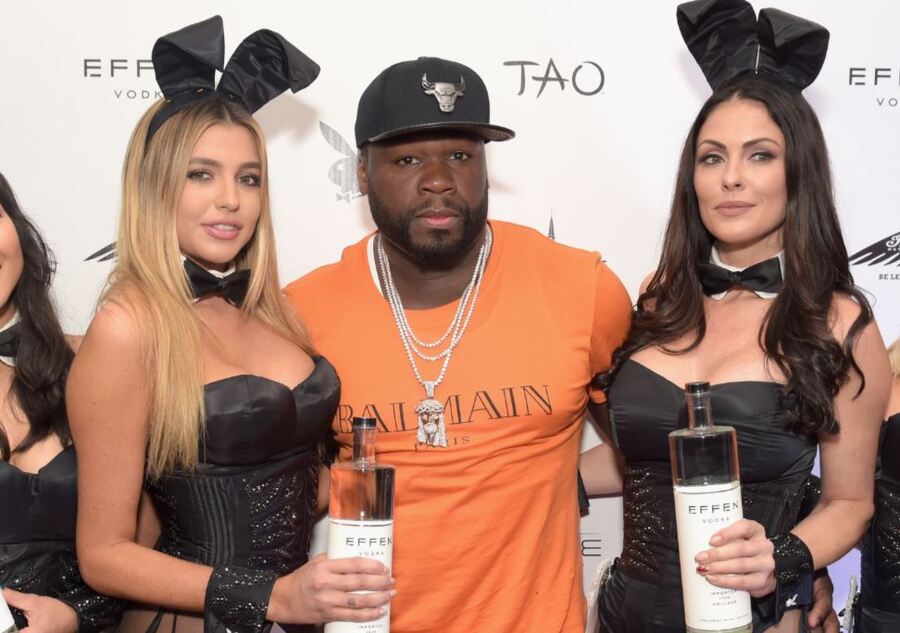 According to the report, the deal was actually finalized last month and just a few hours ago, 50 addressed the rumors directly by leaving a comment on DJ Envy's Instagram page. In his comment, 50 said he's still involved with the brand but "just got some cake out of the deal". Not exactly a clear confirmation of the $60 million number, but also not a denial.

You can hear the segment the kicked all these rumors off in the video below, starting around minute 1:2o:

So what should we make of all this? Well, as we said in the opening paragraph, we really would like to get a bit more solid evidence on the $60 million number before we call this story 100% official. As of right now, that number is basically just something that DJ Envy blurted out. He doesn't provide the source of his info, which might actually be 50 himself but we'd definitely like to know that!

We also have to keep in mind that 50 is kind of the king of over-exaggerating his wealth. During his bankruptcy proceedings, 50 was basically forced to admit that he does not earn as much as he claims in the media and portrays in his music videos/social media postings.

Then again, 50 Cent is no stranger to big corporate deals that pay him a ton of money. It is now a widely regarded fact that 50 Cent earned a massive amount of money off the sale of Vitamin Water. On May 25, 2007, Coca Cola acquired Vitamin Water's parent company Glaceau for a mind-boggling $4.1 billion in cash. 50 Cent brilliantly gave up millions of dollars in endorsement salary in exchange for a minority equity stake in the company. 50 earned an estimated $150 – $200 million before taxes off the deal, roughly $75 million – $100 million after taxes. Whatever the final number, it was easily ten times more than 50 Cent had ever made selling records up to that point.

Again, we'd love it if this story was true because we're just generally big fans of 50 Cent, but we're gonna remain cautiously skeptical of this Effen news until we get a little more factual confirmation of the $60 million number.