On February 15th, the Grammys will stage the 58th annual awards show at Staples Center in Los Angeles. Stars from rock, pop, rap, country and more, will party with their peers as they await news of who the year's winners are. Kendrick Lamar has a chance to add 11 Grammys to the two he already has. Taylor Swift has the chance to add seven new Grammys to the seven she already owns. But what about Katy Perry? Axl Rose? Diana freaking Ross? Would you be surprised to learn that these mega-selling artists, one of whom is a true legend, have never ever ever won a Grammy award? It's true. Perry, Rose, and Ross are just three artists who happen to be insanely wealthy from their enormously successful careers in music yet have never won their industry's top award. Though, to be fair, the National Academy of Recording Arts and Sciences has also never awarded a Grammy to Chad Kroeger of Nickelback either, despite his (inexplicable) $60 million net worth. So, sorry Diana Ross, it seems that the Grammy gods DO know what they are doing most of the time. After all, Kroeger may be way too rich for being a member the worst rock band in the world, but at least he doesn't have a Grammy validating his career.

Following is a list of 10 of the wealthiest and most famous and successful musicians who have never won a Grammy.

Morrissey may be a moody fellow, but you cannot deny the musical contributions he's made to the world, both as a member of The Smiths and a solo artist. However, no Grammy rests on Morrissey's mantle. His sole nomination came in 1992 for Your Arsenal. He was nominated in the Best Alternative Music Performance category. He lost.

Steve Perry and Journey were not nominated for their one and only Grammy nomination until the late 1990s. Their 1981 hit "Don't Stop Believin'" was a massive success as was the album it came off of, Escape. However, it was overlooked by the Grammy nominating crew. The band was not nominated until 1997 for "When You Love A Woman." The song did not win.

Rev Run and his hip hop group Run DMC got their start in the early 1980s and dominated the charts in the mid-to-late 80s. Rev Run and Run DMC's sole Grammy nomination came in 1987 in the Best R&B Vocal Performance By a Duo or Group category for "Raising Hell." The song did not win.

Nicki Minaj has been a Grammy ceremony staple over the past five years. Despite 10 nominations, Minaj has yet to take home a golden gramophone. She is nominated for three Grammys this year, so may the odds be forever in her favor. 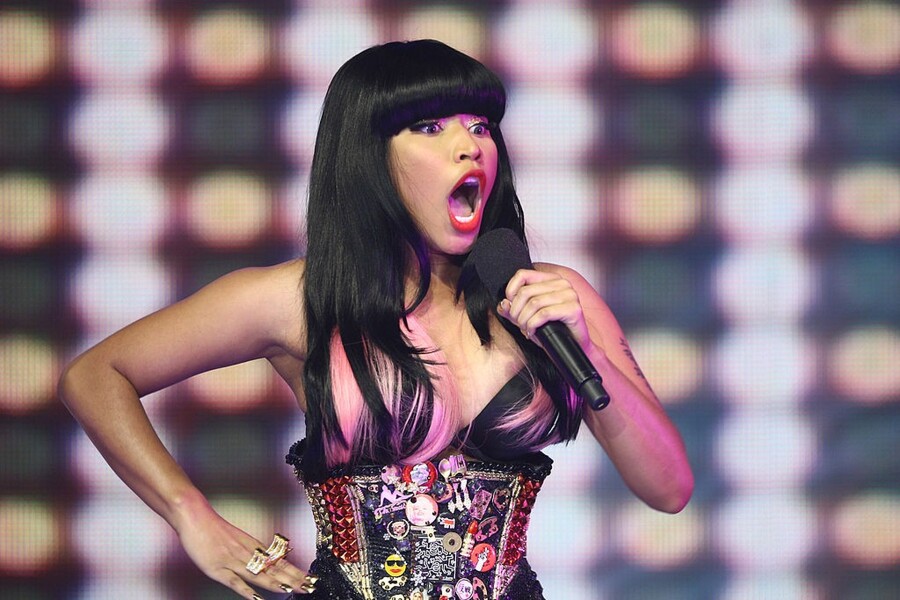 Kid Rock has sold more than 25 million albums in the United States, but has never won a Grammy award despite five nominations.

The news that Guns N' Roses is reuniting at Coachella is fresh off the presses. Despite a long career with and without Slash and Duff, Axl Rose and GNR have been mere bridesmaids at the Grammy altar. They were nominated for Best Hard Rock Performance three times in 1990, 1992, and 1993.

Snoop D-O-double-G has been to the big music industry show 16 times previously and been denied. This year he is a featured performer on Kendrick Lamar's Album of the Year nominated to Pimp a Butterfly, but that hardly counts after 21 years of solo nominations that didn't win.

Well, like Chad Kroeger, the music gods have not looked favorably upon the Beebs. And we're OK with that. Because Justin Bieber should not have a Grammy if Diana Ross does not. That just would not be right. He has a chance this year in the Best Dance Recording category with his nomination for "Where are U Now."

It is truly unbelievable that the legendary Diana Ross' only Grammy is the Lifetime Achievement trophy she took home in 2012. She has been nominated 10 times for her work with the Supremes, as a solo artist, and in collaborative efforts such as her 1981 mega-hit with Lionel Ritchie "Endless Love."

Katy Perry may not have the bookcase full of Grammys that her frenemy, Taylor Swift, has, but she has $250 buckaroos to console herself with. That's something, right?