How much does a zoologist make? Zoologists earns a goodsalary for their scientific work. Zoology is the branch of biology focusing on the behavior, function, structure, and evolution of animals. Zoologists study the behavior, origins, genetics, diseases, and life processes of wildlife and animals. Zoologists may specialize in wildlife research and management, collecting and analyzing biological data to understand the environmental effects of animals present and potential use of water and land areas. 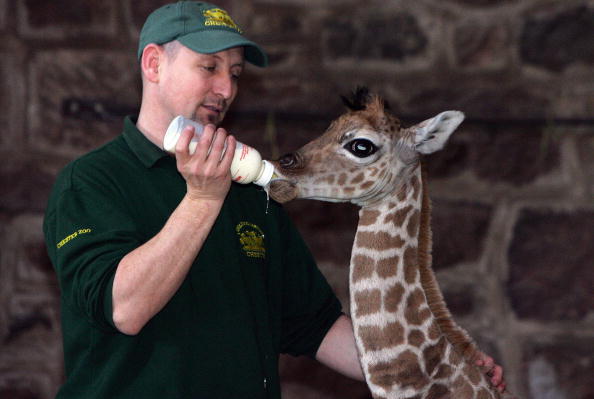 *Zoography (aka descriptive zoology), describes animals and their habitats.

*Taxonomically oriented disciplines such as herpetology, ornithology, mammalogy, and entomology identify and classify species and study the structures and mechanisms specific to those groups.

Zoologists study animals in their natural habitats, analyzing the effects of industry and the environment on animals, interpreting the findings of the study and making recommendations for alternative conditions. Zoologists estimate or inventory wildlife and plant populations. Zoologists analyze animal characteristics in order to classify and identify them. Zoologists recommend planning and management systems for wildlife populations and habitat. The scientists disseminate information on animals, writing scientific papers, reports or journal articles, and give talks and make presentations for interest groups, clubs, schools, and park interpretive programs. Zoologists study characteristics of animals such as interrelationships, classification, origin, development, genetics, life histories and diseases, and distribution. The scientists may perform administrative duties such as public relations, budgeting, fundraising, and supervision of zoo staff. Zoologists conduct and organize experimental studies with live animals in natural or controlled surroundings. The scientists may oversee the distribution and care of zoo animals, working together with zoo directors and curators determining the best management of animals when maintaining their habitats and managing facilities. Zoologists may coordinate preventive programs for animal health, controlling the outbreak of wildlife diseases.

Employment for biological scientists will increase much faster than the average for all occupations. There will continue to be competition for basic research positions. Biological scientist employment is expected to grow 21 percent over 2008Ń2018.

How much does a zoologist make per hour?

A May 2009 Bureau of Labor Statistics report shows the median hourly wages for zoologists was $29.17.

How much does a zoologist make per year?

The median yearly salary for zoologists according to a May 2009 Bureau of Labor Statistics report was $60,670.

>>In the Federal Government in March 2009, zoologists earned an average annual salary of $116,908