Here's something for you to think about if you haven't already, especially if you're not a celebrity or otherwise public figure: How much is your likeness worth? One Chipotle diner had to make this determination after the restaurant began using a picture of her at one of its locations in promotional materials, and she decided to litigate. Her conclusion is certainly one that grabs your attention, even if it may be a highball figure in hopes of getting a lower but still tidy settlement: $2,237,633,000.

Denver 7 reports that Leah Caldwell of Sacramento filed a lawsuit for the aforementioned sum against Chipotle, saying she was photographed without her knowledge or consent way back in 2006, after which she was asked by the photographer, Steve Adams, to sign a waiver allowing the image to be used for commercial purposes. According to the lawsuit, she refused, but that didn't stop Chipotle from using the photo in various promotional materials, which Caldwell started noticing in 2014. In the lawsuit, she says she first saw her own picture in an Orlando Chipotle in December 2014, after which she saw it in two different Sacramento restaurants the following year. She also says that the photo had been digitally altered to add an alcoholic beverage near her meal, but it's unknown whether she's seeking additional damages for this blow to her reputation. 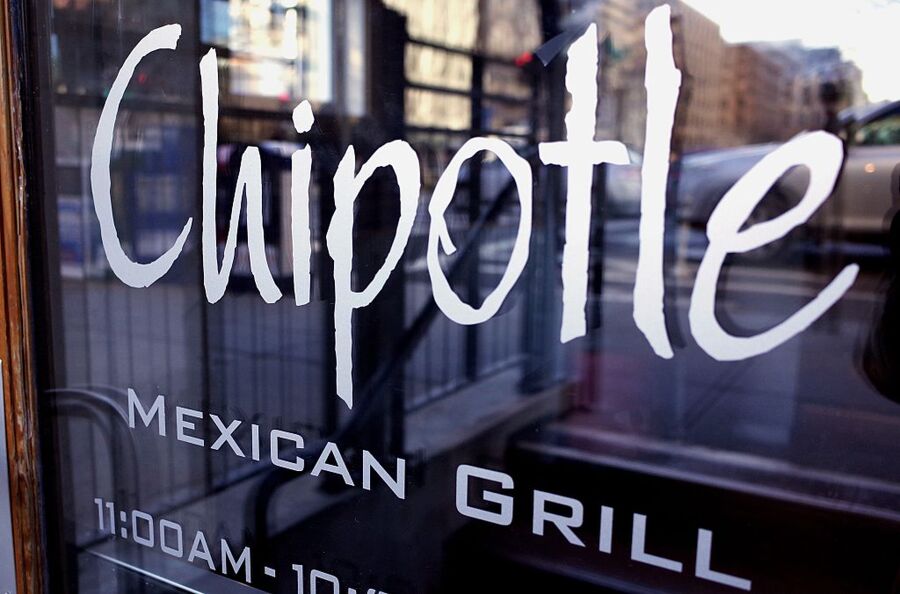 Caldwell and her attorney(s) reached the $2,237,633,000 by claiming it as how much Chipotle made between 2006 and 2015 by using the photograph. Incredibly, the lawsuit also calls for the restaurant chain's 2016 profits to be added to the figure as well, as soon as they are made public. For its part, Chipotle hasn't commented on the case, but they may want to tighten up their legal clearance procedures in the future.