Why Do So Many NBA Players Go Broke? One Former Player Has An Idea

It's become somewhat of a common occurrence: the cautionary tale of the broke athlete. Take a look at any sport and you can find someone who made millions of dollars during his or her career, and nowadays can barely afford a roof over their head.

Why does this happen? We've talked about players entrusting money to the wrong people in the past. That's definitely a cause for concern, though former NBA-er Josh Childress has additional thoughts.

He thinks a big problem is that players believe they're actually making the same amount of money that's written on their contract. He cited himself as an example. As the 6th pick in the 2004 NBA Draft, he signed a four-year, $11 million deal. But that $11 million quickly turned into $5 million after taxes. Childress claims that many players fail to recognize this simple point. They sign an $11 million contract and think they have $11 million in the bank. FYI, Childress went on to earn $31.5 million in salary before taxes and fees in his NBA career.

Josh has seen players buy big new houses, or get their mother a brand new car or a bigger home, thinking they had plenty of money to burn. Add that to agent fees of 2-4% and an NBA escrow, and that money can disappear pretty quickly. 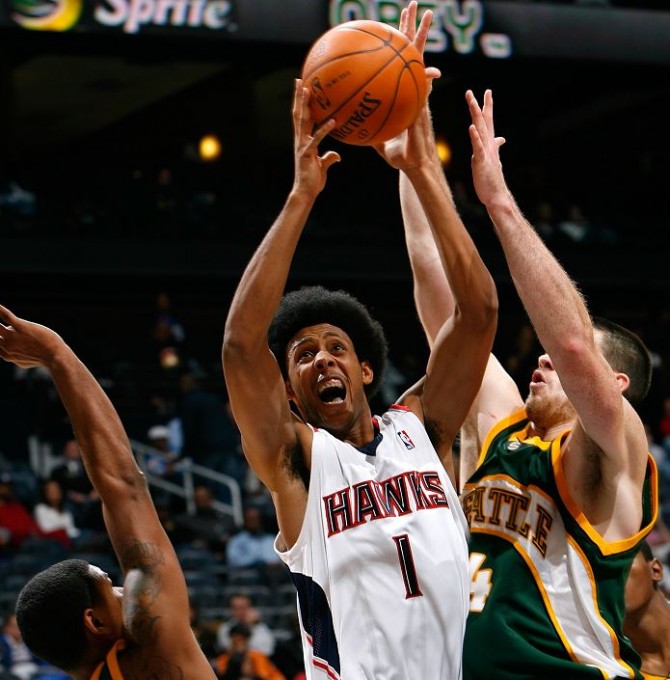 Childress also suggests that veterans pressure rookies somewhat when they come into the league. He recounted a time during his rookie season when he had a somewhat dilapidated bag he was using to carry gear in. Tony Delk, an older teammate of his, told him he had to upgrade his bag. Not wanting to let down the veteran, Childress got a Louis Vuitton bag as a replacement.

Perhaps the best investment a young NBA player can make is a team-appointed financial planner. Someone they can trust, who can help them deal with an influx of money in a short amount of time. After all, Childress is making less than a million dollars playing overseas, but he's got a good amount of money in his savings, so staying wealthy is certainly a possibility for anyone.

And also, maybe don't buy that fourth car. Three is plenty. Some notable examples of NBA players who have gone broke or faced serious financial problems include: