Not everyone's happy about Amazon's $13.4 billion acquisition of Whole Foods Market. Texas Monthly spoke at length with Whole Foods CEO John Mackey about his skepticism towards the "greedy bastards running around exploiting people." Mackey wants to protect the company he built and warned anyone that "they've got to knock Daddy out if they want to take it over."

The greedy individuals in question are likely activist investors Jana Partners, who have had a tense relationship with Mackey and the board. They recently revealed an 8.2 percent stake worth about $794.5 million. The New York-based investment firm sought to overhaul operations and find potential buyers due to Whole Food's poor performance. Last month, Mackey and the board replaced five directors and brought in a new chief financial officer. 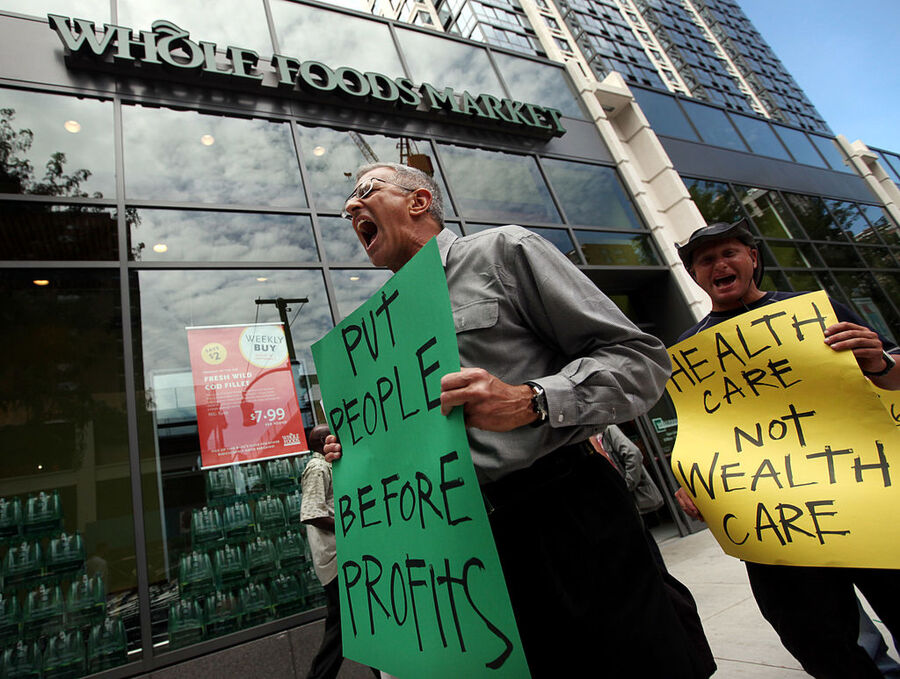 Amazon was an ideal owner for Whole Foods, as the company has deep pockets and wants to push harder into the grocery business. Jana is expected to make more than $301 million from the sale to Amazon, which would be a gain of around 38 percent or more than $6 million since revealing their stake 48 trade days ago. In total, Amazon is paying $42 a share for Whole Foods, a premium price that has caused Whole Foods stocks to rise considerably. The acquisition will give Amazon ownership of more than 460 stores that brought in around $16 billion in sales last year.

Whole Foods dismissed around 1,500 workers in 2015 after a long stretch of poor earnings. The company remains the 30th largest retailer in the United States and is known for paying better-than-average wages and giving employees generous benefits. However, retail jobs have been hit by a recent slowdown in growth that is expected to continue through 2024 as self-service checkout stands, online sales, and other innovations limit the need for cashiers.

Many critics are already discussing changes to Whole Foods, such as how Amazon will use technology to enter into stores. The internet retailer experimented with bringing new technology to brick-and-mortar retailers in Seattle, with Amazon Go. A representative for Amazon said it has no immediate plans to replace the 90,000 Whole Foods employees with automation, but did not comment on future employment plans. Unlike many large grocery chains, Whole Foods workers are not unionized. With Mackey likely losing some of his grip on the company, their future is uncertain.