Which NBA Players Have Made The Most Money During Their Careers?

The NBA has seen its fair share of ludicrous contracts over the years. And with a new television deal coming up after next season, the salary cap is only going to get higher. So starting very soon, players will be able to make way more money than they've ever made before. Of course, to continue earning the big bucks, players have to be consistently good. Or they at least need to have great agents. And if you want to be one of the highest paid players in the history of the league, you need to stay consistently good and healthy for many, many, many years. Here's a look at the top 10 highest-paid NBA players in history: 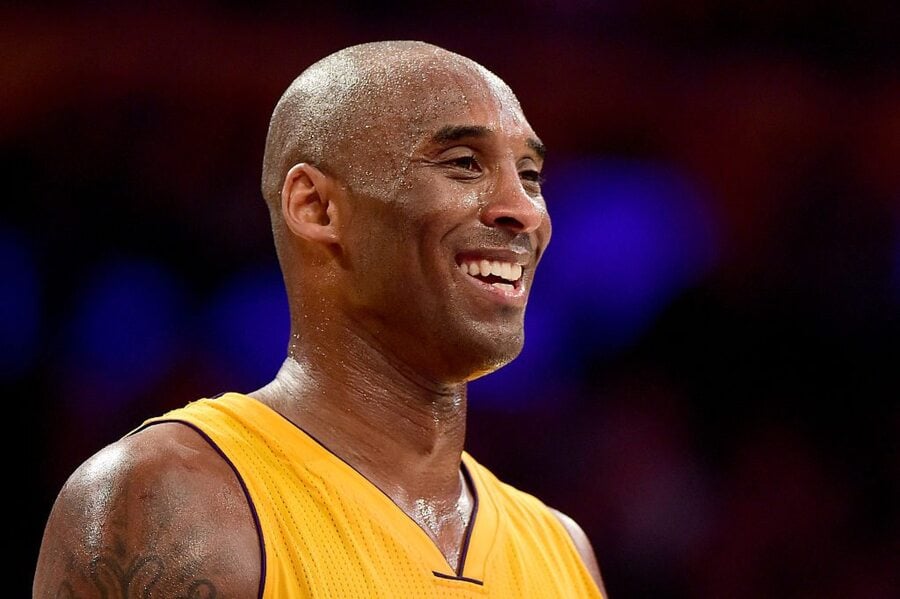 Coming into the league straight out of high school, Jermaine O'Neal was drafted by the Portland Trailblazers with the 17th pick of the 1996 NBA Draft, and played 18 years in the NBA, making six All-Star teams. He's technically still active, though he hasn't been with a team since the Warriors let him walk after last season. The bulk of his playing days were with the Pacers–at his peak, he averaged a double-double for three straight seasons. O'Neal never won a championship or even appeared in the Finals, though interestingly enough, he was with Miami during the 2009-10 season, when Boston made the Finals, and with Boston during the 2010-11 season, when Miami made the Finals. Fun fact: he never played all 82 games in a season.

Until Michael Carter-Williams was traded this year, Webber was the last Rookie of the Year to be traded during his second season. The Magic drafted him, then immediately traded him to the Warriors for Anfernee Hardaway and three picks. Despite a successful first year, Golden State sent Webber to Washington. Throughout his 15-year career, Webber made five All-Star teams, and was the first team All-NBA once. While in Sacramento, a knee injury suffered during the 2003 Western Conference Semifinals greatly affected the remainder of Webber's career, and he returned to Golden State briefly before retiring in 2008. Like O'Neal, he never played all 82 games in a season–in fact, he never played in more than 76.

Allen earned every penny of his contract with the Heat during the 2012-13 season, particularly in Game 6 of the NBA Finals, when he made the game-tying, season-saving three in a series that the Heat eventually won. That was Allen's second championship–he won his first with Boston back in 2008. Over his career, he's made 10 All-Star teams, and even won a gold medal with Team USA in 2000. He's the NBA's all-time leader in three-point field goals made and attempted during the regular season, and also leads the league in all-time three-pointers made during the postseason. Allen is currently a free agent in his 19th season; he entered the league in the same draft as O'Neal.

Kidd has been on four different teams the past four years, the latter two as head coach of the Nets and Bucks, respectively. During his playing days, which totaled 19 years, he made stops in Dallas, Phoenix, New Jersey, Dallas again, and New York. He won an NBA Championship in 2011 with the Mavs, was a 10-time NBA All-Star, made five All-NBA First Teams, and nine All-NBA Defensive teams. He led the league in assists in five different seasons. He was also Co-Rookie of the Year with Grant Hill in 1995–they retired in 2013 within two days of each other.

Our first active player who's currently on a roster, Pierce spent the majority of his days with the Celtics, winning a championship in 2008 (and winning Finals MVP) when he joined forces with Allen and Kevin Garnett. He was traded over to the Nets in 2013 along with Garnett, and spent a season in Brooklyn, leading the team to a first-round playoff victory over. This past off-season, he signed with the Wizards. Over his 17 years in the league, Pierce has made 10 All-Star teams, four All-NBA teams, and won the 2010 Three-Point shootout.

The seven-foot German was actually drafted by the Milwaukee Bucks with the ninth overall pick back in 1998, though he was immediately traded to the Mavericks. He's spent his entire 17-year career in Dallas, and would even be higher on this list had he not taken a hometown discount last year. In the 2006-2007 season, Nowitzki won his lone MVP as he became just the fifth player to reach the 50-40-90 club, and in 2011, he earned the Finals MVP in leading the Mavs to the title. He's made 13 All-Star teams, 12 All-NBA squads, and won the Three-Point Shootout in 2006. He's also the all-time leading scorer in Mavericks history, and is seventh on the all-time NBA scoring list.

Maybe it's a trend in Texas to take hometown discounts. Duncan entered the league in 1997 as the first pick of the draft, won Rookie of the Year with the Spurs, and has stayed in San Antonio ever since. Now in his 18th season, Duncan is quite the accomplished player, and arguably the best power forward to ever play the game. He's won five NBA titles, three NBA Finals MVP awards, and two regular-season MVPs. He's a fan favorite, too, making 15 All-Star teams. Duncan has made both 14 All-NBA teams and 14 All-Defensive Teams. In 2003, during his second MVP season, Duncan was named both USA Basketball Male Athlete of the Year and Sports Illustrated Sportsman of the Year. Like Nowitzki, he is also the all-time leading scorer in his team's history.

When he wasn't rapping or acting, the Shaqtus had a pretty solid basketball career. The Magic took him with the first pick of the 1992 Draft, and he quickly fit in, winning the Rookie of the Year. After four years in Orlando, he signed with the Lakers as a free agent, and won three titles in a row from 2000-2002. When tension grew between him and Kobe Bryant, O'Neal was traded to the Heat, and won his fourth championship in 2006. Less than two years later, he was traded to the Suns. He also made stops in Cleveland and Boston before retiring in 2011. In addition to the Rookie of the Year award, O'Neal's accolades are very impressive: the 1999–2000 MVP Award, the 15 All-Star Game selections, three All-Star Game MVP awards, three Finals MVP awards, two scoring titles, 14 All-NBA team selections, and three NBA All-Defensive Team selections. O'Neal is one of just three players to win the regular-season, All-Star and Finals MVP awards in the same season; he accomplished that in 2000. He ranks sixth on the all-time scoring list, and third in field goal percentage with 58.2%. For those scoring at home, he shot a career 50.4% from the free-throw line. Safe to say that is not in the top three. Fun fact: O'Neal made 11,196 field goals in his career. Exactly one was a three-pointer; it was a banked shot in a 1996 game against the Sonics.

Kobe Bryant has only played 41 games since the 2012-13 season, but fortunately, he's made up for that with a lifetime of achievements. The Charlotte Hornets took him with the 13th pick of the 1996 Draft, then immediately traded him to the Lakers. He's been there his entire 19-year career, and has brought home five championships to L.A., twice winning Finals MVP. Other accolades include the NBA's Most Valuable Player in 2008, 17 All-Star teams, four All-Star MVPs, 15 All-NBA teams, 12 NBA All-Defensive teams, and a Slam Dunk Contest title in 1997. He led the league in scoring in both the 2005-06 and 2006-07 seasons, is tops on the Lakers all-time scoring list, and is the third-highest scorer in NBA history, behind just Karl Malone and Kareem Abdul-Jabbar.

Garnett has had an incredible run of good luck to make the most money in NBA history. After failing to reach the minimum SAT score necessary for a D-I scholarship, Garnett entered the 1995 NBA Draft. The Minnesota Timberwolves made him the fifth pick (the first player to enter the league directly from high school in 20 years), and he signed at a time when rookie contracts were only three years. That let him sign a six-year, $126 million extension with Minnesota when he was just 21-years-old. Largely thanks to that contract, the NBA changed the rules on how contracts could be structured in the new collective bargaining agreement in 1999. But Garnett was already making big bucks then, and could still sign a five-year, $100 million deal with the Timberwolves. After he was traded to the Celtics, they signed him to another extension, tacking on an extra three years and more than $51 million. After a season and a half in Brooklyn, he was just traded back to Minnesota.

Of course, he's earned that money on the court. He won a championship in 2008 with Boston, won the MVP award in 2004 with Minnesota, and has made 15 All-Star teams, winning the MVP in the 2003 game. Twelve times has he been a member of an All-NBA Defensive team, and won Defensive Player of the Year during his championship season. He's made nine All-NBA teams and is the Timberwolves highest scorer in team history. Now he'll have a chance to add a few more points to that total.