What Financial Benefits Do Ex-Presidents Receive?

Being president of the United States confers a lot of benefits once one's term or terms in office are complete. Former presidents are traditionally able to get top-tier speaking fees and publishing deals, and it hasn't been unusual in recent years for former presidents to become exponentially wealthier than they were in office. But that falls under the category of "unofficial benefits," and the job actually has an interesting array of official benefits as well.

First, there's the presidential pension, which is currently at $211,000 (about half of the actual presidential salary). Not bad for eight years of work at most! And 200 grand a year starts to look even better when you see all the stuff that gets comped by Uncle Sam once you leave the White House. There's a million dollars per year for covering travel, and up to $150,000 allotted for paying whatever staff you retain in your post-presidential capacity. Office space after a presidential term is also covered by the government, and that can get very expensive – for instance, former President Bill Clinton's office space costs some $516,000 per year. 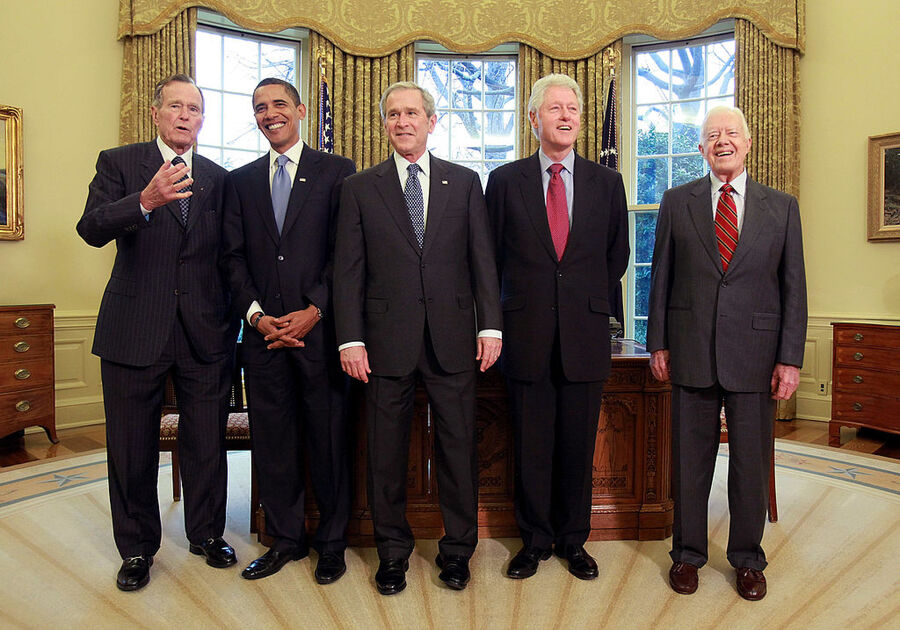 The United States Secret Service is possibly the most respected security detail in history, and former presidents as well as their spouses get lifetime protection as part of the presidential benefits package. And of course ex-presidents are also granted lifetime health coverage of the highest caliber. But, as we all know, no one lives forever, which is why one of each presidents' first (and most morbid) tasks once taking office is to plan their own funeral, a funeral that will naturally be totally paid for by the time it becomes necessary.

The subject of post-presidency benefits is especially relevant right now. As of this writing, the US House of Representatives impeached President Donald Trump for a second time, this time for his recent conduct involving violent rioters at the US Capitol. Should the Senate convict Trump, he may be barred from ever running for the office in the future, and lose all of the above-mentioned financial benefits associated with the job.