Wells Fargo CEO John Stumpf Is Out Amid Accounts Scandal

Yesterday, an unexpected development in the ongoing Wells Fargo accounts scandal involved CEO John Stumpf. Stumpf announced his resignation in the wake of the scandal, which broke out amidst revelations stemming from a Los Angeles Times investigation back in 2013. It found that unrealistic sales quotas placed on bank employees led to as many as 2 million fake accounts being opened under customers' names without their knowledge.

That in turn led to Stumpf getting grilled by a House Financial Services Committee panel and a $185 million settlement being awarded to regulators, but that was far from enough to satisfy critics of Wells Fargo and big banking practices in general. In fact, even Stump's unexpected resignation hasn't satisfied the majority of critical voices in this matter, as he's been replaced as CEO by Timothy J. Sloan, another Wells Fargo insider who'd been with the company for years and was named president in 2015. One of those voices is Los Angeles Representative Maxine Waters released a statement expressing her dissatisfaction with the change:

"I remain concerned that incoming CEO Tim Sloan is also culpable in the recent scandal, serving in a central role in the chain of command that ought to have stopped this misconduct from happening. Indeed, as recently as June of this year, Mr. Sloan was telling the news media that Wells Fargo's aggressive cross-selling strategies were fundamentally sound and didn't need to change."

Sloan is now CEO of Wells Fargo, but he's didn't inherit Stumpf's spot as chairman of the board, as one of the concessions made by the bank was to split the CEO and chairman positions – the latter of which is going to Stephen Sanger, an executive formerly of General Mills. 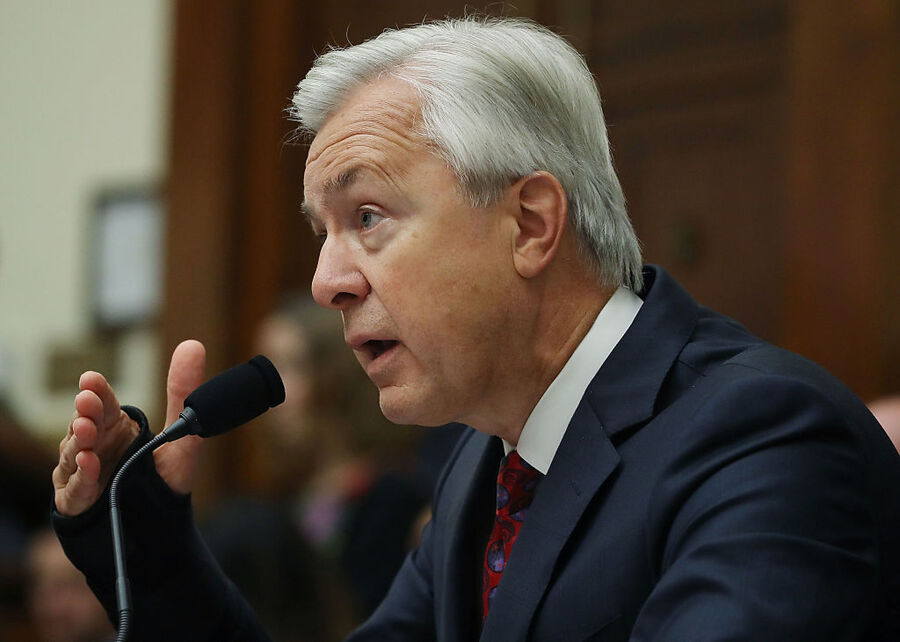 Even if financial regulators and lawmakers were not totally satisfied by the move, the market seemed to respond positively to the changes, with investors sending Wells Fargo stock up significantly even in after-hours trading after the announcement was made.

As for Stumpf, the terms of his resignation leave him without any official severance package, but he does reportedly retain more than $124 million in vested stock, pension, and 401(k) benefits (that's a lot, but significantly less than the almost $200 million package he'd had to look forward to before the scandal broke). Here's some of his statement on his decision to leave his Wells Fargo career behind:

"I am grateful for the opportunity to have led Wells Fargo. While I have been deeply committed and focused on managing the company through this period, I have decided it is best for the company that I step aside. I know no better individual to lead this company forward than Tim Sloan."