"Warrior," a 1982 painting by Jean-Michel Basquiat, is now the most expensive piece of western art ever sold in Asia following a Christie's auction that, in a manner of speaking, occurred in Hong Kong. An Art Newspaper story on the sale says the painting was sold "for a low-estimate" yet nevertheless record-breaking sum of $41.7 million,

Even though the price may have been at the lower end of presale estimates, it was enough to break a price record for western art in Asia. But even that record was broken on something of a technicality, since the auction itself took place in London with unnamed bidders from New York and Hong Kong vying for the piece over the phone.

The sale price is quite a spike compared to the previous sale history of "Warrior," which reportedly went for $1.5 million in 2005 and then $5.6 million about two years later, both at Christie's auctions. 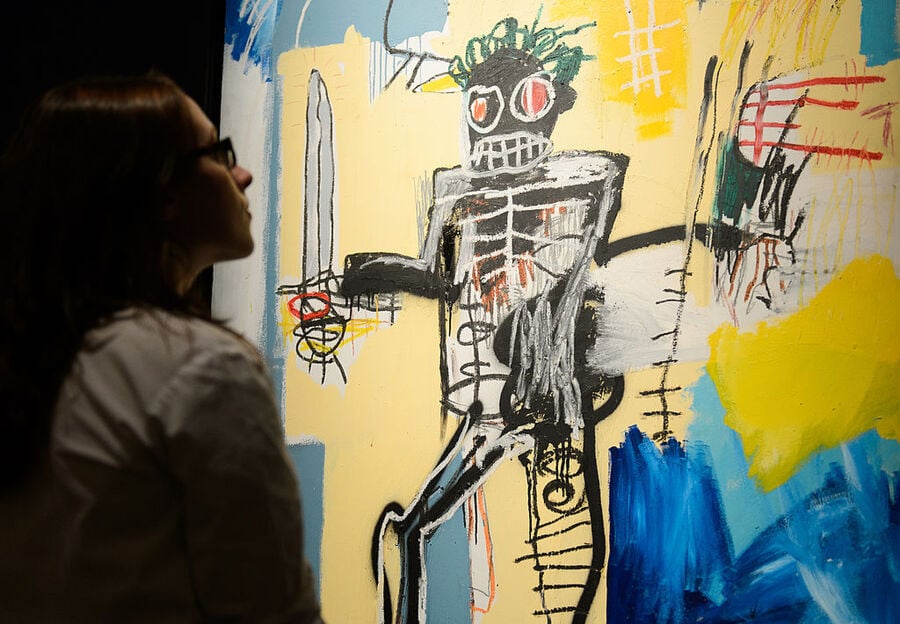 "Warrior" was painted during Basquiat's most productive and creatively fertile period, as Cristian Albu explained in a statement to the Art Newspaper:

"This—1981-1982—is the best period for Basquiat, undoubtedly. If you look at the top ten records, nine out of ten are from 1981 to 1982. The energy of his work was at its peak. And it is rare to have a large one like this…If you look at 'La Hara' which we sold for $34.9 million in New York in 2017, it was from the same period, of the same dimensions, it had the same rawness about it, the same reality about what was happening in New York in 1981-1982. So, historically this work is very important."

Despite its geographical realities, the sale happened under the auspices of Christie's Hong Kong as part of a conscious effort to break price records in the region, and if art collectors in Asia continue to show more interest in western art the record may not stand for too long before being broken.