On Tuesday, the day after Yahoo's second-round bid deadline passed, the embattled tech company's stock dipped by almost 1%. This disappointing performance echoed the disappointing offer Verizon Communications said it submitted for Yahoo's core Internet business. But how much stock should the market place in Verizon's bid?

Citing a "person familiar with the matter," The Wall Street Journal reported the telecom company, seen as the leading contender to buy Yahoo, planned to submit a bid of about $3 billion, by the Monday deadline.

The price is lower than the $4 billion to $8 billion people expected the company's web properties to fetch in April. Yahoo holds a significant stake in Chinese e-commerce giant Alibaba, and also in Yahoo Japan. Additionally, the company placed a $1 billion price tag on its non-core assets, like patents and real estate. But the actual value of the struggling tech company is hard to determine, given its tight-lipped policy when it comes to its finances. 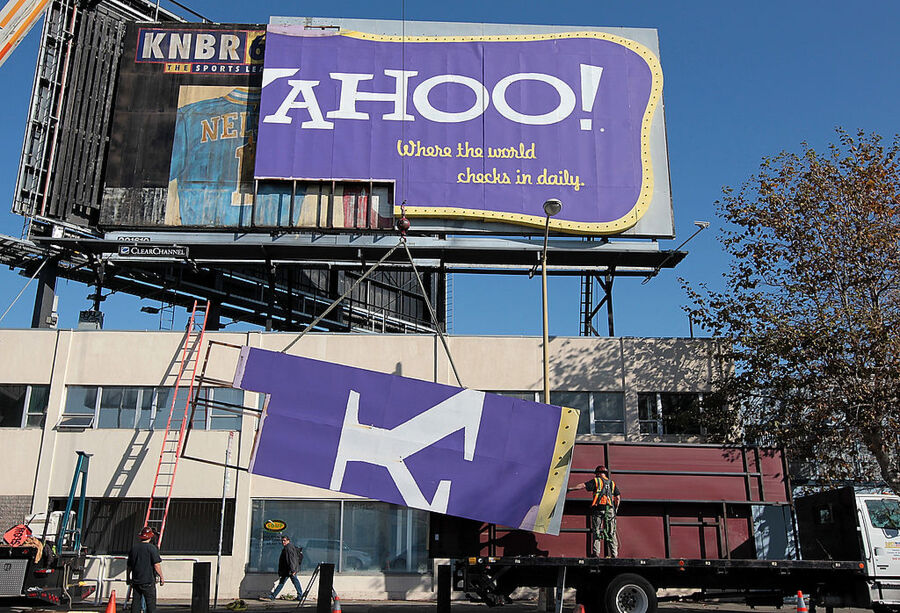 The $3 billion bid may be a sign of Verizon's caution, a strategy to assure its shareholders, or an indication Verizon only wants to acquire some of Yahoo's assets. Last year, it acquired AOL for $4.4 billion. According to the The Wall Street Journal, the telecom giant may combine Yahoo's web proprieties, which attract more than a billion users a month, with its growing business in online ads. Yahoo Chief Executive Marissa Mayer's revelation that the company's online advertising business is declining, obviously hasn't dissuaded Verizon.

Verizon has indicated that it's not interested in non-core assets (although that may change during the final-round bid) and has said it would be willing to pay more or less, depending on the answers to a few lingering questions. For example, Verizon may be willing to pay more, if Yahoo agrees to cover the cost of employee severance payments for any workers who are cut, as a result of the acquisition.

According to the The Wall Street Journal, private equity firm TPG was expected to join Verizon in submitting a second-round bid on Monday. But it's unclear which other potential suitors are still in the game. In May, investor Warren Buffett (via Berkshire Hathaway) offered to finance Quicken Loans billionaire Dan Gilbert's bid for Yahoo. Private equity firms Advent International and Vista Equity Partners also previously participated in the auction.

Without knowing the specifics of Verizon's bid, Verizon's strategy, and which other suitors are still in the game, it's hard to be insulted or excited by the $3 billion offer. There are just too many unknowns. When the final-round bids are submitted in early July, and Yahoo monetizes its assets in Alibaba and Yahoo Japan, we'll have finally have the facts and the numbers.