An untitled piece by late painter Jean-Michel Basquiat recently sold at a New York auction for an incredible $110.5 million, according to the BBC. This sale put the painting into the record books several times over, with at least four different monetary milestones having been reached by the work.

The work is by far the most expensive piece by Basquiat, going for almost twice what the runner up went for a year ago, which was interestingly purchased by the same buyer. That would be fashion designer Yusaku Maezawa, who reportedly plans to open up an art museum of some kind in Chiba, his hometown in Japan. And not only is the $110.5 million selling price the highest ever reached by a black artist, it's also the most ever paid for a single work by an artist from the United States. And as if that weren't enough, the piece is also the first work created since 1980 to crack the $100 million margin.

Maezawa's win of the painting came down to ten "tense" minutes of bidding inside Sotheby's where the auction took place. Maezawa won the painting over the phone, after which the room is said to have erupted in applause (too bad for whoever he was bidding against). 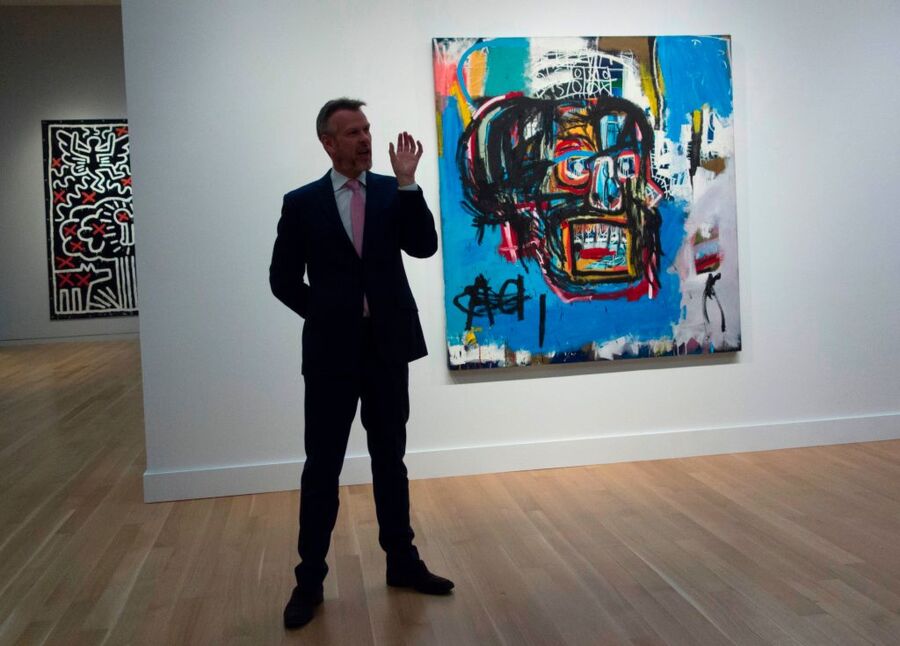 As for the painting itself, it depicts a possibly screaming skull against a largely blue background in oil stick, acrylic and spray paint. It's quite a remarkable step up for Basquiat, who is now in the top tier of most highly valued artists of all time, considering he started as a New York graffiti artist and sold drawings for as little as $50 a pop. Gregoire Billault is the head of contemporary art at Sotheby's, and he commented on the record-breaking sale of the painting:

"Breaking $100m for a work which is that recent is definitely extraordinary. I think it just speaks about the talent of this guy. It's just pure emotion. He's bringing something never seen before."

Jean-Michel Basquiat died in 1988 at the age of 27, but his art clearly has a much longer life ahead.