Most American, Canadian, and Australian sports have pretty simple rules when it comes to acquiring players. The clubs will either draft the player, sign the player as a free agent, or they may trade them for someone already in their club, for draft picks, or a combination of both. In soccer, however, the process is completely different. These clubs employ a transfer system, a process used by the sport since the late 1880s, but even after all that time, the execution of this system is as confusing as all get-up.

At least in theory, the idea of "drafting" a player is alive and well. Scouts and analysts scour the pitches and spreadsheets, looking for that player who will put their squad over the edge. Players cannot become professionals until they reach the age of 16, but they technically join the transfer-eligible pool as soon as they attach themselves to a club, regardless of level. For example, Mario Gotze, who scored the winning goal in the World Cup final, joined Borussia Dortmund when he was only eight years old. But if a player wants to switch clubs–or more likely, if a club wants to part ways with a player–that's where it gets a bit more complicated. 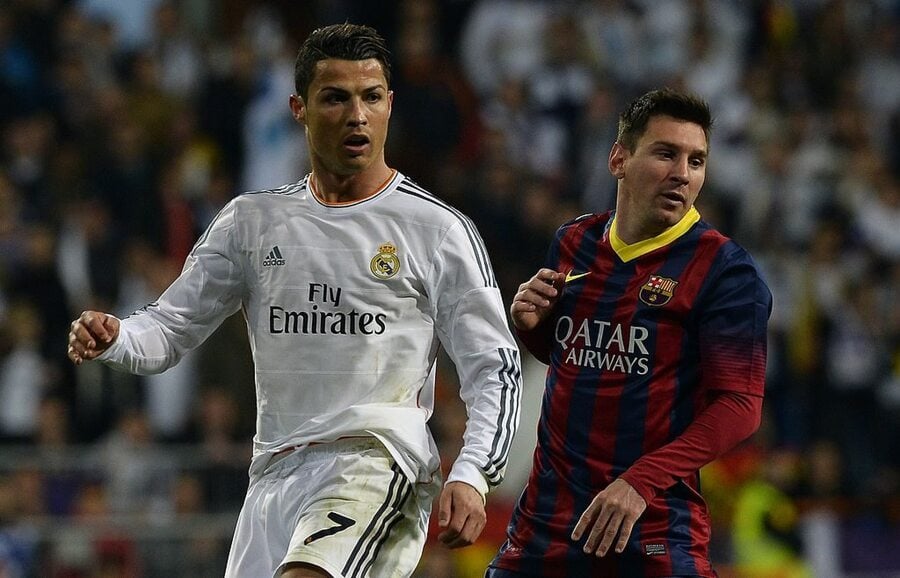 There are essentially two ways a player can move from Club A to Club B: a transfer, or a loan.

A loan is the simplest of the two options. Let's say there is a young striker in Club A; he's 18 and full of potential, but he isn't seeing the field much because Club A already has more than enough proven strikers in their starting 11. Meanwhile, Club B is struggling and is having trouble scoring. Club A could loan out the player to Club B, for a set price agreed to by both clubs, temporarily placing the player on Club B's roster.

The young player may be kept on Club B's roster for a period of just a few weeks, or the period could span multiple seasons. The most common loan arrangement will see a young player go to a club in a lower league in order to earn first club experience, which is considered very valuable. While the club receiving the loanee pays a fee, the parent club still pays all of the player's wages.

Transfers, meanwhile, can take several different routes, and the most basic is a player permanently switching clubs. In that case, the old contract is terminated and is renegotiated with the new club.

Up until 2014, a player could also be transferred via co-ownership, where another club pays 50% of the rights of the player's contract and wages for one year, and it decides which of the two clubs that player plays with for the remainder of the season. When the season ends, the two clubs bid on the player in an auction.

Alessio Cerci was moved to Torino using the transfer option. Cerci was a right winger with Fiorentina, but Torino paid €2.5m to buy 50% of his rights, and then was able to pick up his contract for just €3.8m in 2012. They actually saved money using this method.

Third-party ownership is yet another option that can be used to transer a player, but it is often the most controversial. In this case, agents, sports-management agencies, investors, and perhaps even some other third party, own the rights to a player. In 2009, Carlos Tevez was transferred to Manchester City for £47m by Media Sports Investment.

Of course, all these transfers can get quite pricey. As we mentioned earlier, a club has to not only negotiate a contract with the player, it also has to pay the transfer fee.

The top eight most expensive transfers in history have involved either Real Madrid or Barcelona; And Real Madrid was on the receiving end of five of those transfers–talk about deep pockets!

In 2009, Cristiano Ronaldo moved from Manchester United to Real Madrid. The fee alone was £80M. That's over $121 million! Granted, Ronaldo is widely regarded as one of the greatest players in the world, and has won multiple Ballon d'Or awards, which are given only to the best player of the year. And in 2014, he led Real Madrid to UEFA Super Cup and FIFA Club World Cup victories.

Fast forward to 2013, and Real Madrid was again making history for the large number of transfers it has completed. One involved Gareth Bale, who hopped over from Tottenham Hotspur. His transfer fee was never disclosed, but it has been disclosed it was somewhere in the neighborhood of £78–85.3M (€91-100M). Again, that's an absurd amount–between about $118 and $129 million.

And remember, these are just the transfer fees paid for these players. Real Madrid still had to sign Ronaldo and Bale to contracts–Ronaldo signed a six-year deal that comes with a base salary of $40 million per year. Bale is earning 300,000 pounds ($454,500) every WEEK.

Transfer fees have gotten even higher since then. The CIES Football Observatory releases a semi-annual list of the most valuable footballers in the world. Ronaldo is second on that list–if a team were to snatch him away from Real Madrid, it would have to pay €133M, or $158 million in transfer fees alone.

The most expensive player in soccer right now is Lionel Messi. FC Barcelona has set his transfer fee at €220M, or a whopping $262 million. Add that to his current $50 million salary, the idea of a transfer for him brings with it a very painful expense. But since Messi annually rivals Ronaldo as a top player in La Liga, it just might be worth it.

***Update*** A few hours after we published this article, Cristiano Ronaldo's agent Jorge Mendes gave an interview to BBC Sport about the 29 year old Real Madrid superstar. When asked what Ronaldo is worth, Mendes responded:

Mendes: "Cristiano Ronaldo £100 million? [Laughs] Impossible! His buyout clause is £1 billion. So it's £1 billion… It's impossible to find someone like him. If for any reason the club decided to sell him for $300 million pounds [$455 million USD], someone will pay this."

Here's what all that means – If another team was interested in hiring Ronaldo away from Real Madrid, they could do so without having to wait for his contract to be up. In order to do that, the interested team would have to offer Ronaldo a contract worth a minimum of £1 billion ($1.5 billion). At that point, Real Madrid would be forced to allow Ronaldo to entertain a competing offer. It's not a guarantee that Ronaldo will leave, but it allows him to negotiate. Release clauses are typically so large, that a player would have to be crazy to not accept.