"Über Spends Millions On Attack Ads After NYC Mayor Announces Cap On Drivers… Can It Work?!"

It's late at night, and a young woman in scrubs stands on the sidewalk, her blond hair pulled back in a ponytail and her purse slung over her shoulder, as a black sedan comes to a gentle halt in front of her. But before she can open the door, something strange happens. The car disappears into thin air.

No, this isn't a science-fiction movie, or even an acid flashback. It's a scene in an ad created by the car-share app Über, who recently launched an all-out publicity war against the mayor of New York City, Bill de Blasio.

The conflict began last week when the mayor announced a plan to cap the number of new Über drivers as the city begins a year-long study into rising traffic congestion in the five boroughs.  "We're facing the addition of over 25,000 cars to our streets over the next year," the mayor said, "the rough equivalent of two times the total number of yellow taxis in all of New York City." 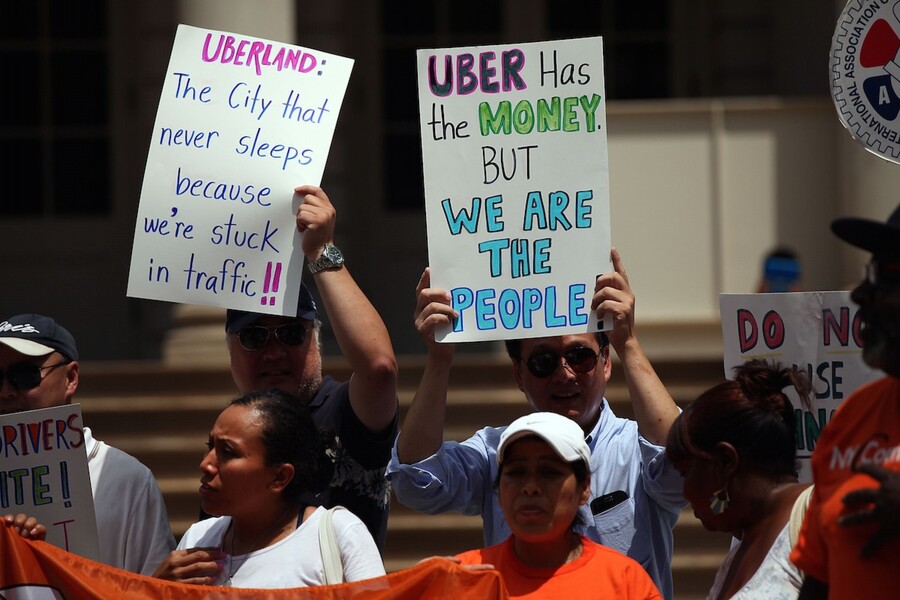 Yet, as the New York Times pointed out in an Op-Ed, "The main reason traffic is slowing down is that the city's economy is improving and its population is growing, putting new strains on the transportation system." They point out that on top of a growing demand for Über, "subway ridership is at its highest level in 65 years." On top of that, the Daily News chimed in, observing that only a fraction of registered Über drivers are actually on the road at a given time.

Über spent over $3 million on their ad campaign. Aside from the vanishing car video, they took out a banner ad in the New York Times: the mayor's plan is a "bad idea," it read, quoting the Times own Op-Ed. Über also cited city taxis' tendency to refuse service to minority neighborhoods, which is illegal, and claimed that de Blasio was being controlled by the taxi lobby.  Lastly, Über added a "de Blasio feature" to the app, which showed users how long an Über would take to arrive, if the mayor's plan passed.

And it looks like their publicity campaign paid off. Wednesday, de Blasio backed off on his plan to cap the number of new Über drivers in the city, and Über agreed to share data on their drivers with city government. For now, a truce is in effect, proving that even if money can't buy you love, it sure can buy you a huge PR victory.