Uber CEO Dara Khosrowshahi is one of the lucky major shareholders in the company that will get extremely rich(er) when it goes public later this year. But he's in line for another big payday if he can guide the company to a valuation at or above $120 billion – a payday that is reportedly worth at least $100 million.

Recent regulatory filings by Uber reveal that Khosrowshahi will receive the bonus if Uber's valuation hits $120 billion and stays there for at least 90 days, or if the company happens to be sold outright for that figure. The bonus will come in the form of 1.75 million in stock options for $33.65 a share. Those will vest over five years as long as Uber stays valued at $120 billion or more for 90 days in a row, but in that event another 185,735 of his shares shares will vest automatically. As for how much those shares could be worth, that won't be known until Uber goes public, but an anonymous source told Business Insider that it will likely be worth at least $100 million altogether. Right now, Khosrowshahi owns a reported 200,000 shares of Uber. 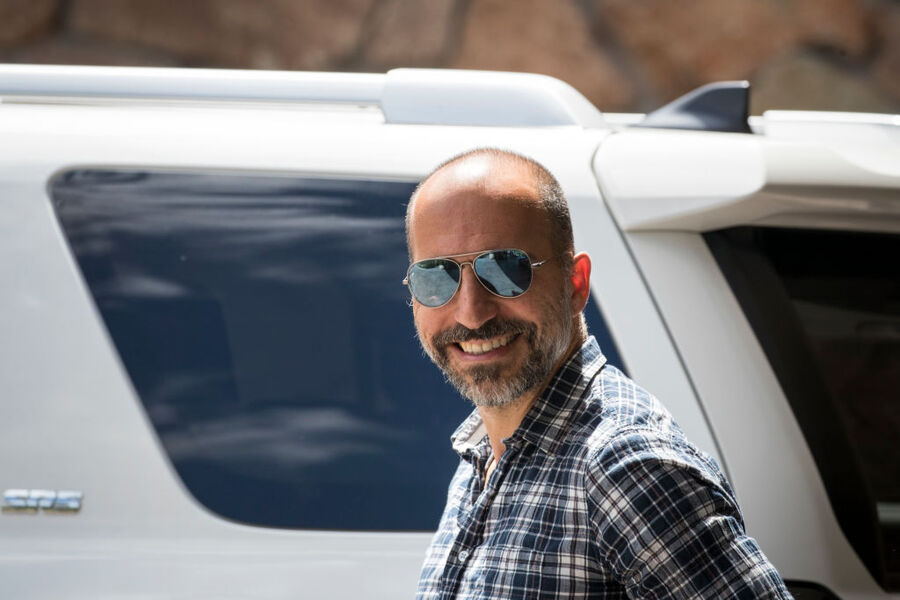 Khosrowshahi's got his work cut out for him if he's going to convince investors that Uber is worth $120 billion, though. The company's financial figures at present won't do the job alone, and he'll instead have to paint a picture of Uber's huge growth in the coming years, thanks to offshoots like Uber Eats – which the company says is an opportunity worth $795 billion in potential future revenue – or Uber Freight, a service which lets people ship parcels using a model similar to its ridesharing service, and which the company says comes to a market opportunity worth almost as much at $700 billion. He'll also be touting Uber's finger in the self-driving car pie, which will also likely generate even more money for the company as the technology is developed and perfected.