Two soldiers in the United States Army are in trouble following revelations earlier this month that they had been caught attempting to smuggle nine pounds worth of crystal meth from California into where they were stationed in South Korea. The drug operation also included two South Korean nationals who were also detained at the time of the original Stars and Stripes report. In case you were wondering, nine pounds and $12 million worth of crystal meth is a pretty big deal, particularly if the meth in question is being shipped internationally using the Army's own postal service:

"It's the largest amount of drugs found coming through the APO [Army Post Office]," the prosecutor's office told Stripes. The massive meth seizure could have fed or started the habits of 130,000 people. The Supreme Prosecutor's Office cooperated with the US military and the US Drug Enforcement Agency on the case, according to a statement." 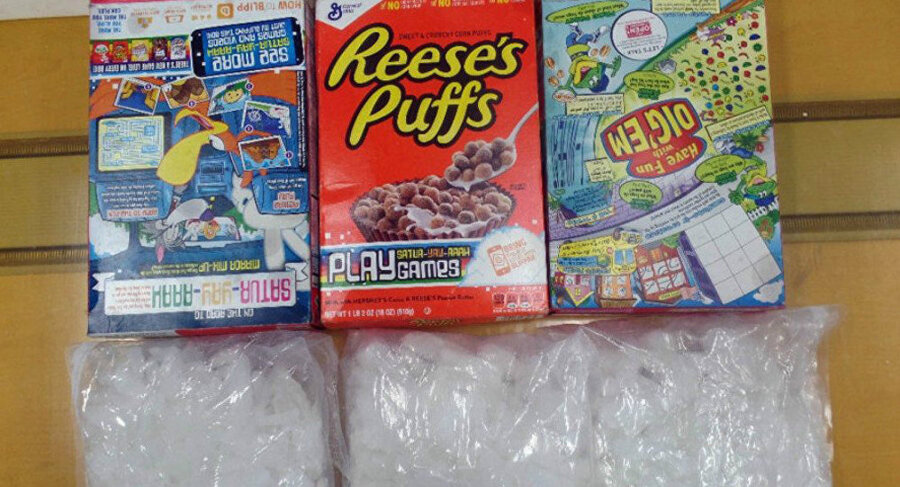 Of the two American soldiers implicated in the case, both were indicted but only one was jailed, also according to South Korean prosecutors. That disparity stems from the fact that one of the soldiers accepted a cash payment to deliver boxes of Reese's Puffs and Honey Smacks to a given location, but that actually contained puffs and smacks of a different sort without his knowledge. There may be a third party on whose behalf the two 20-year-old soldiers were acting, but as of this writing that party has yet to be tracked down.
The case may also reportedly involve four additional South Koreans with family members living in the United States.
Did we make a mistake?
Submit a correction suggestion and help us fix it!
Submit a Correction