Thanks in large part to the Johnny Depp film Blow, George Jung is one of America's most notorious drug dealers. And his legendary status can be traced back to 1974, when he was a low-level drug smuggler. Just like you see in the movie, Jung had been sentenced to four years in Danbury, Connecticut at the Federal Correctional Institute after being caught with a truck filled with marijuana in Chicago.

Years later, Jung would call Danbury a "mellow, laid-back place" where you could learn any illicit skill you wanted, "it was basically a school." At the time, his offense was relatively light and his term fairly short. But in a decision that ended up changing the American drug landscape forever, the prison authorities placed him in a cell with Carlos Lehder, a young Colombian-American who had been picked up for stealing cars.

The coincidental pairing created a huge opportunity. Lehder was looking for a way to get drugs out of Colombia and find people to sell them to in the United States, and Jung was there to help. He knew how to import drugs by plane and Lehder had the Colombian contacts. At the time, cocaine was a minor drug in the United States, but when the pair were released in 1976, they changed the American drug landscape forever. 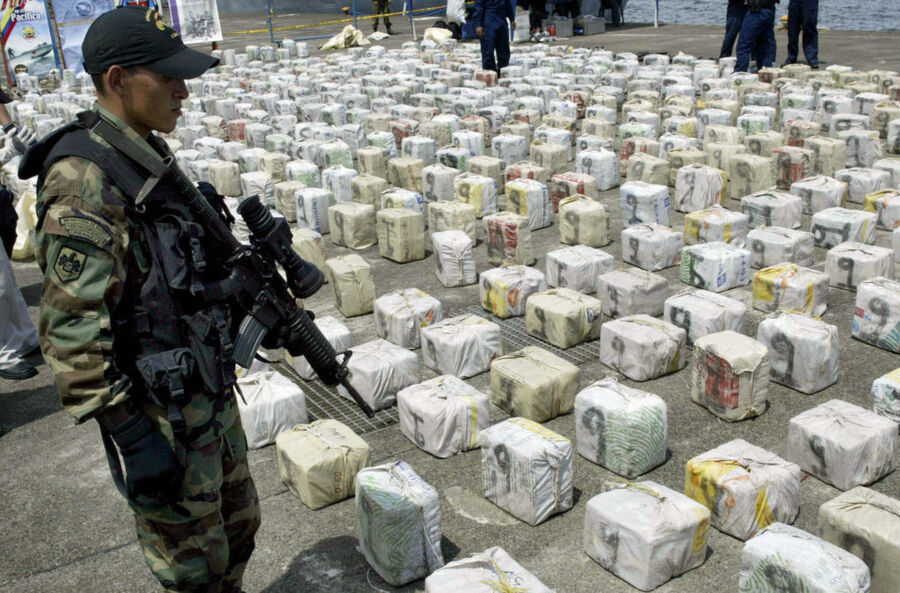 Soon after release, Lehder sent a telegraph to Jung at his family's home in Massachusetts, telling him to find two women and send them with suitcases to Antigua. At the time, not many people in Massachusetts knew what cocaine was, and the women chosen were more or less naive to the scheme. The pair of women returned to Boston undetected and enjoyed the trip so much they wanted to do it again. That was the beginning of the business for Jung. They soon tracked down a pilot in Canada with connections in the Bahamas and established an air route that generated millions of dollars in a few days.

Within a few years, their cocaine trade exploded, and they hooked up with known traders like Pablo Escobar's Medellin cartel in Colombia to send cocaine by the planeload via Norman's Cay, a small island in the Bahamas the cartel used as their base of operations. Escobar's cartel became one of the most expansive criminal empires the world has ever seen, largely due to Jung's cocaine trade. At its peak in the 1980s, the cartel was supplying 80% of the world's cocaine, and moving 15 tons into the United States every day. Estimates say that Escobar was making as much as $420 million per week.

After being forced out of his partnership with Lehder, Jung began working more closely with Escobar himself to carry the drug north. He even visited Escobar in Colombia, where he witnessed an execution before offering Jung dinner. At his peak point, George Jung had managed to pile up a $100 million personal fortune. Lehder earned billions.