Millions of people play fantasy football every NFL season. More recently, daily fantasy leagues have taken the country by storm, as well. Whether your year-long team failed to make the playoffs, or you simply just want to pay attention for one week, daily sports leagues are a great alternative to the grind of a full season. And for Scott Hanson, a 33-year-old personal trainer from Pasadena, daily fantasy leagues made him a multi-millionaire.

Hanson joined the website FanDuel this fall, when he saw a commercial for the site during an NFL game. On a whim, he signed up for an account and deposited $25. He then added another $10 a few weeks later. Total amount invested during his entire Fanduel career? $35. 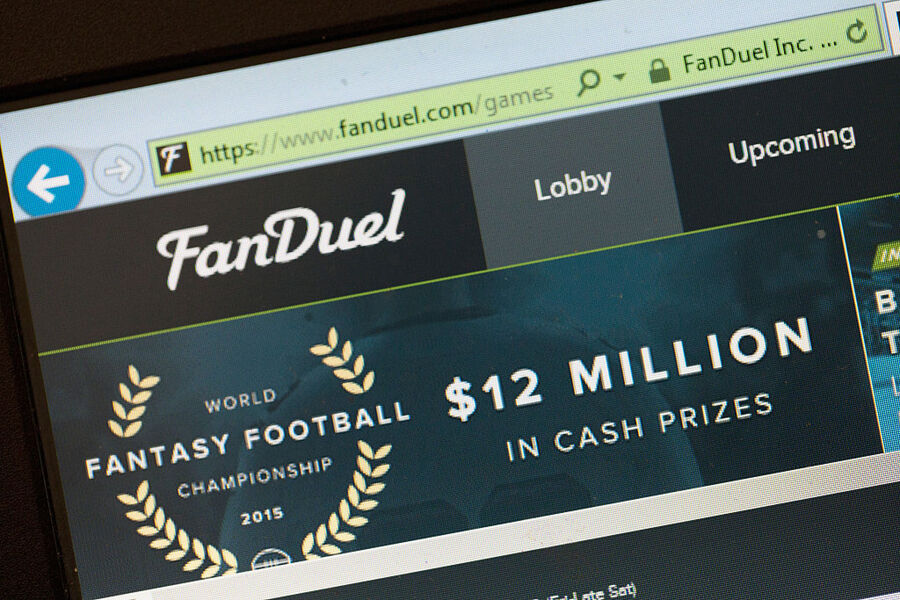 Unlike a traditional fantasy football league, daily leagues like FanDuel utilize a salary cap instead of a draft. Every player in the NFL is assigned a dollar amount, or "salary", based on their performance throughout the season, as well as their expected performance for the upcoming week. The value of each player can change weekly, depending on how they play and who they're playing.

Participants have a certain amount of money to spend on players, selecting whoever they want, as long as every position is filled and the total cost is under the maximum limit. For FanDuel, this means using your $60,000 salary to select one quarterback, three wide receivers, two running backs, a tight end, a kicker, and a team defense. While a number of leagues offer the entire pool of available players, some leagues are a bit more restrictive, such as limiting selections to only players playing on Thursday and Saturday nights.

After that second deposit, Hanson joined a league for $5. He ended up winning first place, pocketing $15,000. That's already an increase of 3,000% on his initial buy-in!

But Hanson wasn't satisfied. He started putting in about $1,000 a week. Though he's a personal trainer now, he used to work part-time for ProFootballFocus, an NFL advanced stats website. Using his analytics background, Hanson would spend several hours a day logging player-participation data, such as where a player lines up on the field and the type of play he runs, for single games, and contributed articles to the site.

By midseason, Hanson was a walking spreadsheet. He developed his own player points projections, utilizing everything from PFF grades to Vegas point spreads. Scott subsequently qualified for the FanDuel Fantasy Football Championship by winning a $2 qualifier. Of course, he had to enter 30 teams in that qualifier, but one of them ended up victorious and earned him a spot out of the 100 available in the annual championship.

On the day of the event, which was the Sunday of Week 15 of the NFL season, Hanson entered his team. When it was all said and done, he walked away with $2 million. Hanson might want to send thank you notes to Odell Beckham Jr. (who scored over 20% of the team's points) and his running backs, Le'Veon Bell and Jeremy Hill. In fact, Hanson was the only person to have Jeremy Hill in his lineup. And he still got first place despite getting a goose egg from Colts WR Donte Moncrief. Overall, FanDuel handed out over $7 million in prizes.

As for Hanson, he plans to continue playing daily fantasy leagues–after paying off his debt and buying a car, first. He'll cash 80% of his profits ($1.6 million), and assuming he wins, he'll use the other 20% ($400k) as his FanDuel bankroll.

If you were in Hanson's shoes, what would you do: Cash out with your $2 million, or keep playing daily leagues for a chance to win even more?