How Much Does a Failed Coup Cost? Turkey Says $100 BILLION – At Least

A coup is not cheap, even if it's unsuccessful. In the case of the foiled attempt to unseat the government of Turkish President Recep Tayyip Erdogan, it cost the Turkish economy $100 billion.

"Warplanes, helicopters, weapons, bombs, and buildings, the cost is 300 billion liras [$100 billion] at minimum according to our calculations," Customs and Commerce Minister Bulent Tufenkci told Hürriyet newspaper during a meeting with the press in Ankara on Tuesday. "The exact cost may likely increase when the detailed calculations are made."

The minister also talked about various costs in the medium-term: canceled orders from abroad and halted tourism. "The coup plotters have unfortunately created a Turkey image as if it were a third world country. People who see tanks in the streets and the parliament bombed will not come to Turkey," he added. 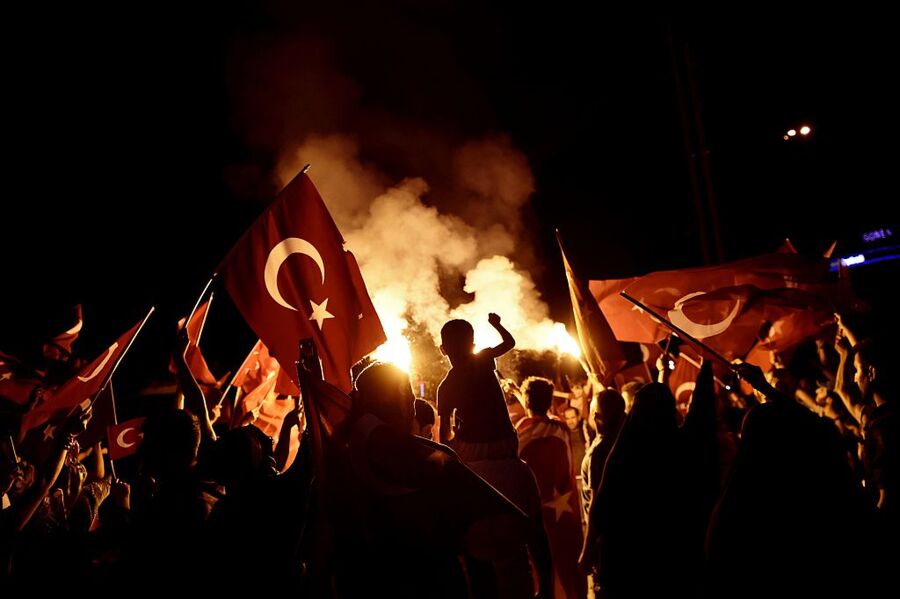 The Turkish government is working hard to calm markets and promote the image is stability. The country's prime minister sent a bill to create a sovereign wealth fund with "tens of billions of dollars at its disposal" to Parliament on Tuesday. Officials say the wealth fund can be used to stabilize markets and fund infrastructure projects in the wake of a failed coup attempt.

Meanwhile, Erdogan is also working to reassure international investors after the country was cut deeper into junk territory by Standard and Poor's on July 20th. The country's development minister downplayed the economic impact of the foiled coup, sayingsaying growth of 4.5 percent in 2016 is achievable and the government would meet its spending and investment goals. The economy grew by 4.8 percent in the first quarter from a year earlier, and 4 percent in 2015.

But economists have said Turkey's crackdown on those accused of sympathizing with coup plotters may intensify the expected slowdown in Turkey's growth this year. In fact, Standard and Poor's Global Ratings on Monday raised its risk assessment for Turkey to "high" from "moderately high." The country's benchmark Borsa Istanbul 100 Index remains more than 8 percent below its pre-coup attempt level, and the lira is 4 percent weaker against the dollar.

The costs of the coup attempt on July 15th are clearly still increasing and Turkey has a long road of recovery ahead. Nevertheless, Turkish Minister Tufenkci remains proud of his country's strong response.

"We must thank the people," he said. "If such a coup was attempted in many other countries, the markets would probably be closed down for a week at least. Turkey experienced the coup attempt on Friday [July 15], but all the banks, bourses, commodity markets, and commerce centers opened next Monday [July 18]… Our people have showed a quite robust standing against the coup attempt."