OPEC (the Organization of the Petroleum Exporting Countries) doesn't think so. Earlier this year, Trump made threats to halt oil imports from Saudi Arabia and other Arab countries if they didn't commit to fighting ISIS or reimburse the U.S. for their efforts. Trump pledged to bring about complete American energy independence.

This week, Saudi energy minister Khalid al-Falih warned that banning oil could backfire, as energy trade is key to the global economy. Other US energy experts agree that banning imported oil is impractical in an integrated global market, and could risk disrupting diplomatic and commercial relationships. Despite soaring domestic production, America still relies on crude oil from OPEC to feed its economy. Nearly one-third of  the 3+ million barrels imported each day comes from Saudi Arabia, the second biggest importer to the U.S. after Canada. That's approximately 360 million barrels per year

It remains to be seen how Trump's bold statements will impact the oversupply problem OPEC is dealing with. Saudi Arabia continues to be hit by a two-year dip in the oil market. Oil prices have dropped considerably, leaving Saudi Arabia with a forecasted budget deficit of nearly $90 billion this year. Foreign reserves are also dwindling as the central bank is forced to prop up the economy. The downturn in prices and lost revenue is forcing the Saudi government to put in place unpopular measures until OPEC and other producers can agree on a production cut. 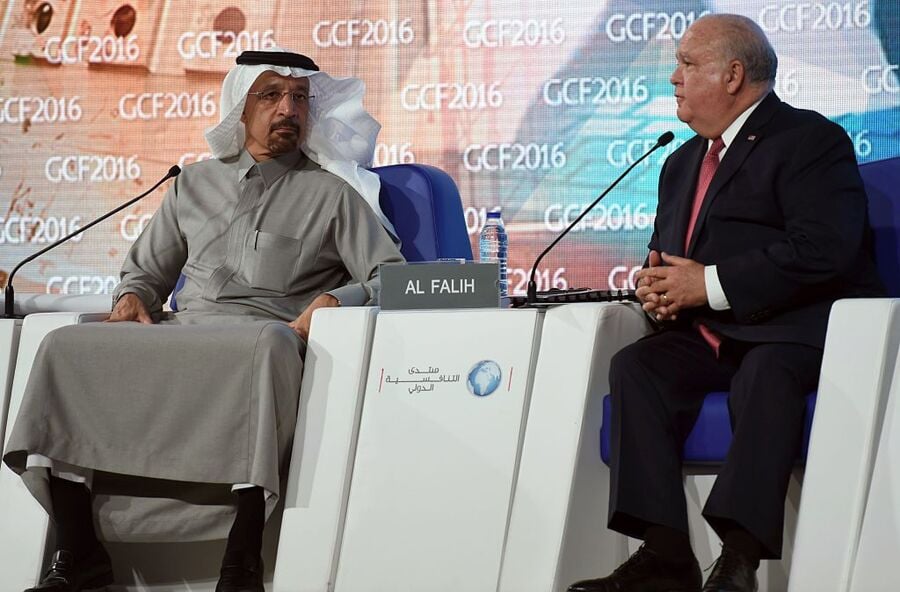 Earlier this month, tensions arose between Saudi Arabia and Iran over how they were controlling their supply. Russia, a non-OPEC producer, could be a problem if they do not agree to the cuts that OPEC is proposing. As the world's largest oil producer, it could continue to bring enough oil to the market that any cuts by OPEC members would be negated. Either way, without significant changes in the market, oil prices will continue to decrease.

Trump's election will likely give OPEC members another reason to agree to production cuts. With a stronger dollar and a boost in U.S. produced oil, Iran and Saudi Arabia will have to come to terms to help bring supply down to a healthy level for the global market to thrive, or else developing countries will lose out to the GOP's agenda.