These Are The Top-Earning Female CEOs In The United States

The glass ceiling has been shattered by the ten women on this list. Not just shattered – completely obliterated. The salaries of female CEOs are growing at a faster rate than their male counterparts, even though they are still paid less than many of the men, and are outnumbered by men in the top ranks of American companies.

The median salaries of the highest-paid female bosses rose to $15.9 million. That is a 21% gain from the previous year. The median pay of male CEOs is $10.4 million, down 0.8% from 2013. However, among the 200 best-paid CEOS in the U.S., only 11 are women. In total, just 48 of the largest American companies have a woman at the helm. Among Fortune 500 companies, they represent less than 15 percent of the population of top executives. 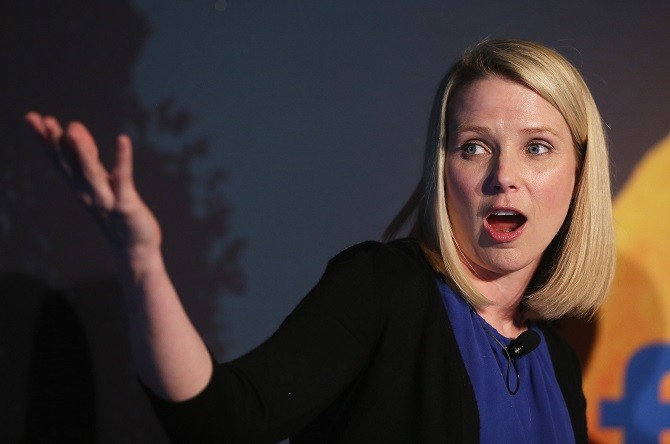 Ellen Kullman spent much of 2014 defending her job against activist investor Nelson Peltz, who was trying to gain more influence over the 212-year-old chemical company. In May, shareholders preserved her reign over Dupont when they voted against Peltz's efforts. The confrontation highlighted the fact that DuPont needs to do a better job of articulating its transformation from a traditional chemical maker to a faster-growing organization, focused on advanced materials and agricultural products.

Mondelez is the maker of Oreos, Cadbury chocolate, and Trident gum, to name just a few of their products. Irene Rosenfeld's pay rose 14% in 2014. The company's stock didn't see as much of a nudge – it only rose 3%, compared with a gain of 11.4% across the stock market.

Patricia Woertz was CEO of Archer Daniels Midland for nine years. She left the CEO job in December, though she remains Chairman of the Board. Her 2014 compensation rose a staggering 138% from the previous year, and was enhanced by $501,560 in relocation expenses after ADM moved the company's global headquarters from Decatur, Illinois to Chicago. That's a 180 mile move for more than $500,000. Archer Daniels Midland makes vegetable oil, ethanol, and other ingredients used in packaged foods and drinks.

Marilyn Hewson has been at defense company Lockheed Martin for 32 years. Her pay in 2014 was up 13%, as company earnings numbers have been very impressive. Overall, Lockheed's stock was up nearly 30%.

IBM's head boss Virginia Rometty got a $3.6 million performance bonus in 2014, despite a decline in sales and profit. Her pay was up 28% from 2013, when Rometty and other top IBM executives did not take bonuses after IBM had a disappointing year.

Phebe Novakovic was promoted to CEO of General Dynamics in January 2013, one of the world's top defense contractors, after more than a decade as a senior executive. Since Novakovic has been boss, General Dynamic's stock has doubled, despite shrinking defense budgets.

Indra Nooyi, head of PepsiCo saw her salary jump 45% despite volatility in Russia and Bolivia. The uncertainty in those countries was offset by growth at PepsiCo subsidiary, Frito Lay North America. Americans love their Doritos, Cheetos, Fritos, and Tostitos. Indra's overall net worth is $80 million.

Meg Whitman rejoined HP in 2011, with an initial salary of $1 per year. In 2014, the board decided it was time to raise the salary portion of her compensation to make it consistent with her peers at other technology companies. Her base salary increased to $1.5 million. Meg's overall net worth is $2.1 billion.

Carol Meyrowitz has been the boss of the parent company of T.J. Maxx, Marshalls, and other stores since January, 2007. This past year, the company reported profits of $2.22 billion and revenue of $29.08 billion. As a result, the company is raising the hourly wages of its employees. Those who have been with the company for six months or more will earn at least $10 per hour.

Yahoo hired Marissa Mayer from Google in July, 2012. In that time, Yahoo's stock price has risen 177%. Earnings at Yahoo were boosted last year, after it raised $9.5 billion by selling part of its stake in Chinese e-commerce site, Alibaba. Marissa's total net worth is $400 million.