One of the most underrated actors in Hollywood, Kevin James has a quietly impressive resume. With a string of Hollywood hits under his belt, most people have no clue of the massive amounts of cash this actor has generated. So, what are the top 5 highest grossing Kevin James films so far? We're about to find out…

A film about best friends and business partners, James stars opposite Vince Vaughn in this comedy-drama. Definitely not a movie of the year, but clearly a fairly funny film, the movie grossed $48.4 million in theaters after all was said and done.

A romance comedy in which James plays a zookeeper named "Griffen Keyes" who is dumped by the love of his life "Stephanie" (played by Leslie Bibb) due to disdain for his profession, The Zookeeper is an entertaining film with a few surprises, and, or course, a sweet ending. Ticket sales for this movie were almost equally as sweet, the movie made $80.4 million in theaters! 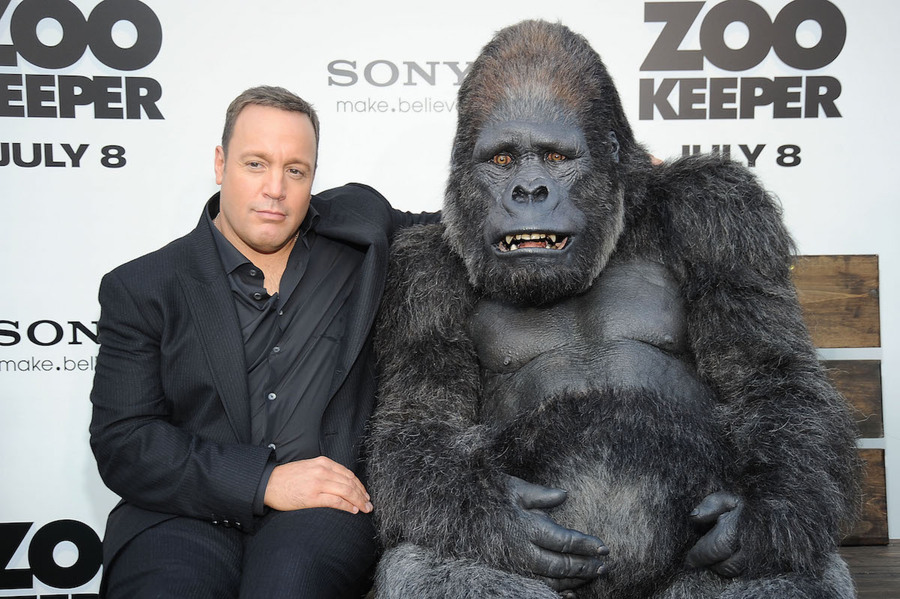 An eerily cute cartoon with a pretty heavy following, Hotel Transylvania was a pretty successful flick amongst children and parents alike. A story about a family of monsters who built a hotel to serve as a haven from angry mobs as well as a gateway for all monsters, despite its clearly morbid undertone, Hotel Transylvania is a highly revered family film. With voice over work from Adam Sandler, Selena Gomez, and Fran Drescher, to name a few, this movie was a monster hit at the box office. It made $143.7 million dollars in theaters.

A star-studded cast including the likes of Adam Sandler, Chris Rock, David Spade, and Rob Schneider, Grown Ups very much a high school reunion of sorts, brought on by the death of a close friend. Comedic and provocative, this movie captivated fans by the droves and maintained its following through one sequel (with another one reportedly in the works). Filled with one-liners and witty quips, the movie earned $162 million in theaters.

Another romantic comedy, this time James starred opposite Will Smith and Eva Mendes. A film in which professional a professional "date doctor" (played by Smith) gets paid to help men woo the women of their dreams, James plays "Albert Brennaman," a man who is infatuated with a client at his investment firm. As hilarious as it is romantic, this movie was clearly a pivotal point in each of these actors' careers. Clearly the audience agreed, the movie made $177.6 million in ticket sales!

With a net worth of $80 million and a number of film and television appearances lined up, there is no reason why this cash cow should stop milking it anytime soon.